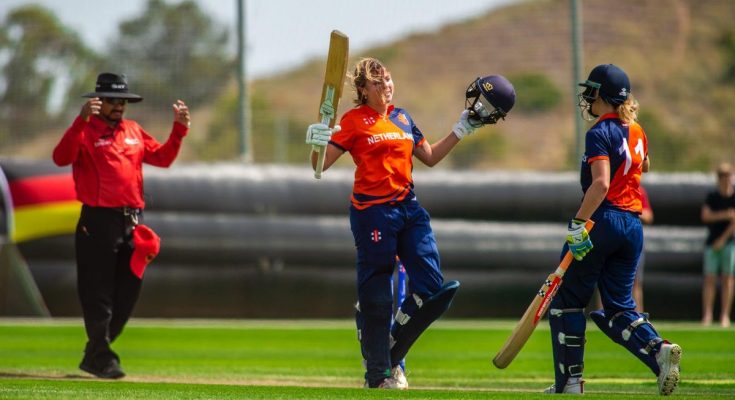 The 19-year-old got to unbeaten 126 off just 76 deliveries against Germany Women in the ICC World Cup T20 Qualifier for the Europe Region equalling Meg Lanning’s 126 off 65 deliveries in 2014 against Ireland Women.

The Netherlands went on to make 196 in their 20 overs with van Deventer scoring 40.

Chasing the target, Germany women managed only 65/7 in their 20 overs and Kalis didn’t stop there as she grabbed two wickets as well.

With that win, the Netherlands stay unbeaten in the tournament with two more matches to go. One against Scotland and the other against the same team Germany.

The winner of the tournament will qualify for the ICC World Cup Qualifier which will be played in August-September.

The initial qualifying matches happen for different regions (Asia, Africa, Europe, East Asia-Pacific, America) and the winner of each region (Thailand, Zimbabwe, Papua New Guinea, United States and for Europe the matches are going on) will qualify for this tournament and the teams that finish top two will seal their spot in the 2020 World Cup T20.