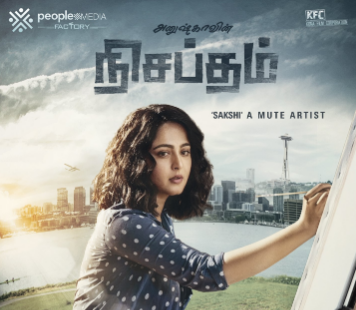 Anushka Shetty who look a break from the industry is back with Nishabdam where she plays a mute artist Sakshi.

The first look posters of the movie were released on Wednesday. Going by the posters, it is clear that the movie will be released in four languages namely Telugu, Tamil, Hindi and English (titled Silence).

According to the reports, Anushka has learned sign language for her role. This movie also unites Anushka with Madhavan after 13 years.