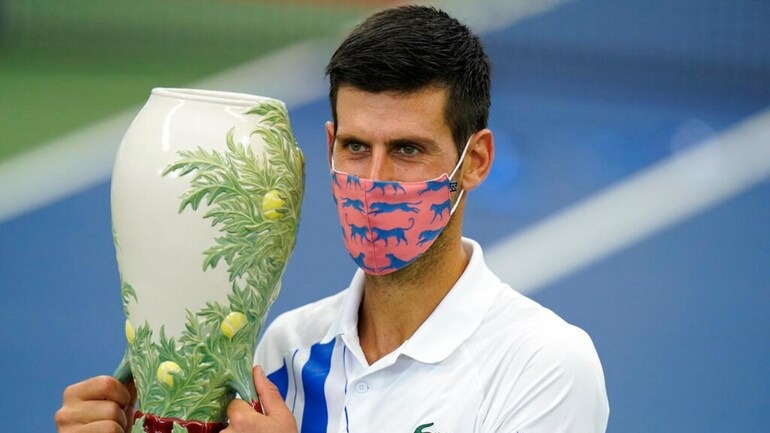 World Number 1 Novak Djokovic’s unbeaten run in 2020 continues as he came from behind to win the Western & Southern Open final 1-6 6-3 6-4 against Milos Raonic.

Djokovic struggled slowly in the first set four double faults which Raonic used to his favour and won the first set with ease. However, the world number one found his way and came back to win the next two sets to seal the match.

“Was a bit slow at the beginning, but I thought I did well, considering the form that Milos is in,” the 33-year-old Serbian told reporters.

“He’s serving rockets on the court, and it’s really hard to return. You need all the freshness mentally and all the focus that you can possibly have,” he said.

Djokovic had won all the last 10 meetings with Raonic. The 17-time Grand Slam winner, with this win, had extended his 2020 winning run to 23-0, clinching his 80th career title and equalling Rafael Nadal’s record of 35 Masters 1000 wins.