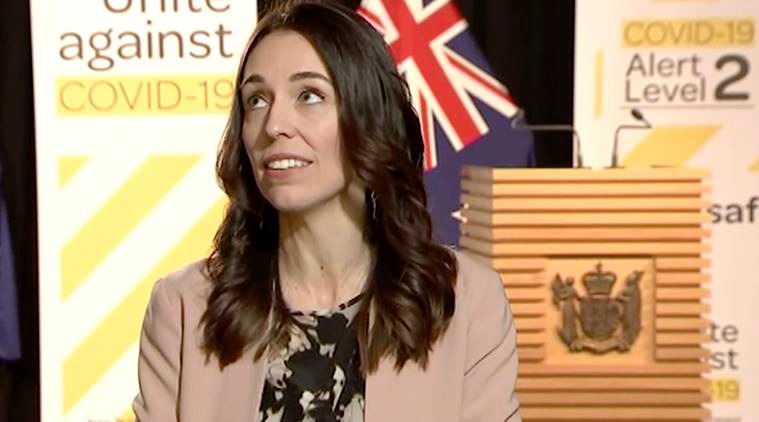 Looks like everyone in New Zealand knows how to stay cool during the pressure. A year ago, we witnessed Kane Williamson handling the heartbreak of losing the final with a smile and now their Prime Minister stole the show by staying cool when the Earthquake struck.

She was unflustered during a TV live interview when the earthquake struck and she went on to continue the interview with a smile on her face.

She interrupted Newshub host Ryan Bridge to tell him what was happening at the parliament complex in the capital, Wellington.

“We’re just having a bit of an earthquake here Ryan, quite a decent shake here,” she said, looking up and around the room. “But, um, if you see things moving behind me.”

Ardern continued with her interview, telling the host the shaking had stopped.
“We’re fine Ryan,” she said. “I’m not under any hanging lights, I look like I’m in a structurally sound place.”

Monday’s magnitude 5.6 quake struck in the ocean about 100 kilometers (62 miles) northeast of Wellington, according to the U.S. Geological Survey.

However, no damage or injuries reported.

New Zealand lies on the seismically active “Ring of Fire”, a 40,000-km arc of volcanoes and ocean trenches girdling much of the Pacific Ocean.