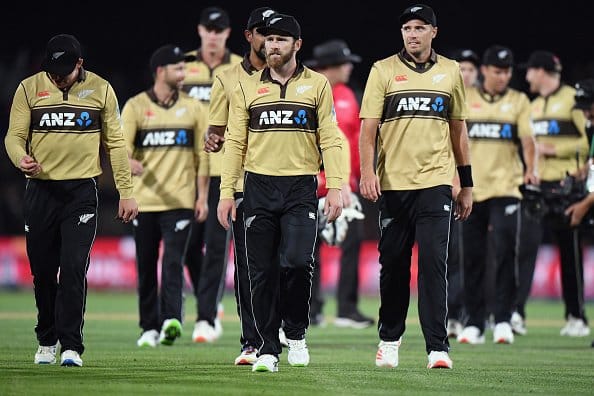 New Zealand pulled off one of their biggest wins over their arch-rivals, Australia on Monday.

The hosts did not have a great start and was reduced to 19 for 3 by Sams and Jhye Richardson. The team, however, didn’t look back as Conway continued his golden run.

After two consecutive unbeaten 90-plus T20 scores in last two matches, Conway took charge once again and he had the support from Phillips, Neesham. Conway ended up with 99*, took his team to 184 in 20 overs.

In return, the visitors didn’t have someone to play the Conway role after losing early wickets.

Southee and Boult ran through the batting order, Jamieson and Santner joined later. The main man, however, was Sodhi who had four wickets to his name.

For Australia, Mitchell Marsh played a fine innings of 45 and he had a bit of support from Agar who made 23. Other than that, none of the Australian batters came to the party as New Zealand went past the visitors by 53 runs.

If Rayudu was part of World Cup, we would’ve won it: Suresh Raina