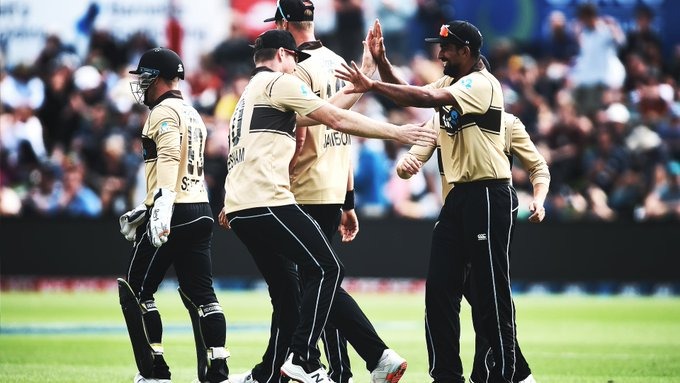 Martin Guptill finally had a day where everything he touched turned to gold as he went on to score 8 sixes for his 97 runs. He gave the team a great start at Dunedin and thankfully had contributions from the other end to take the team to 219 in their 20 overs. Kane Williamson also had a good day out with 53 runs to his name; shared a good partnership with Neesham who was promoted up the order. Neesham scored 45* from just 16.

While Kane Richardson had three wickets for Australia, he also ended up giving away more runs. In fact, Jhye Richardson was the economical bowler among others with 1 for 39.

In return, Wade had 25 but Finch couldn’t score big as he fell for 12. Philippe did well for his 45 but it was Stoinis who took the team closer to the target. He had 37-ball 78 and shared a brilliant partnership with Daniel Sams. The latter made 15-ball 41 before getting out in the final over.

The team had everything under control before Santner began to run through the batting order with four wickets. However, the match-changing over was from Boult, who gave away just 6 runs when the team was needing 36 from 18. In the final over, Australia needed 15 runs. Neesham did well to pick two wickets and help the team to win by 4 runs.