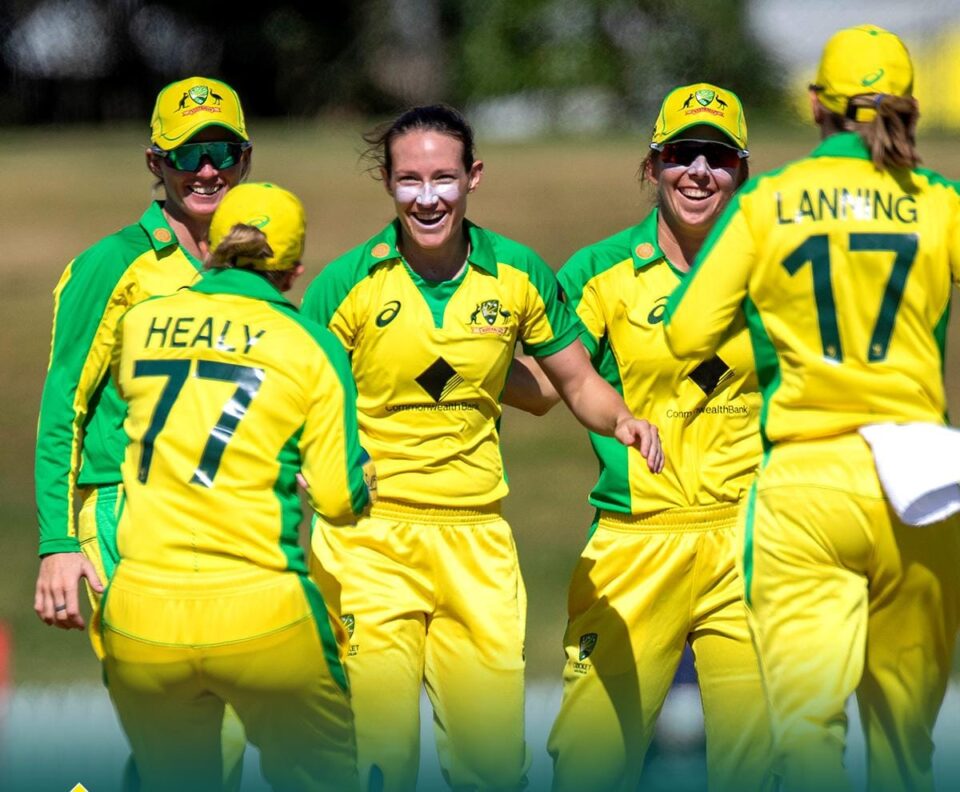 Australia went one-nil up against New Zealand in the first match of the Rose-Bowl series and with this, the team now has most consecutive wins in international cricket irrespective of the gender. Ricky Ponting’s Australia held the record for a while and now it belongs to Meg Lanning’s team.

To make the victory sweeter, Ellyse Perry made sure to shut down her doubters through her bat, had half-century.

Batting first, Down and Satterthwaite reconstructed the innings after losing Jensen to Schutt’s beauty. After 69-run partnership, Satterthwaite got out for 32 before Amelia Kerr added 33. Down, who began slowly, played well for her 90.

After Kerr’s wicket, Australia ran through New Zealand’s batting order and reduced the hosts to 212. Schutt had 4 wickets and Carey had three wickets.

In return, New Zealand did add pressure earlier by removing Haynes and Lanning quickly but a couple of missed chances for Healy helped her to score 65 runs.

After her dismissal, it was Perry and Gardner show, who gave away nothing for the bowlers, took the team home with ease.

Perry had 56* runs while Gardner had 53*. The team got there within forty overs to make it 22 matches in a row.

What if the boundaries hit by two teams were also equal after Super Over tie?