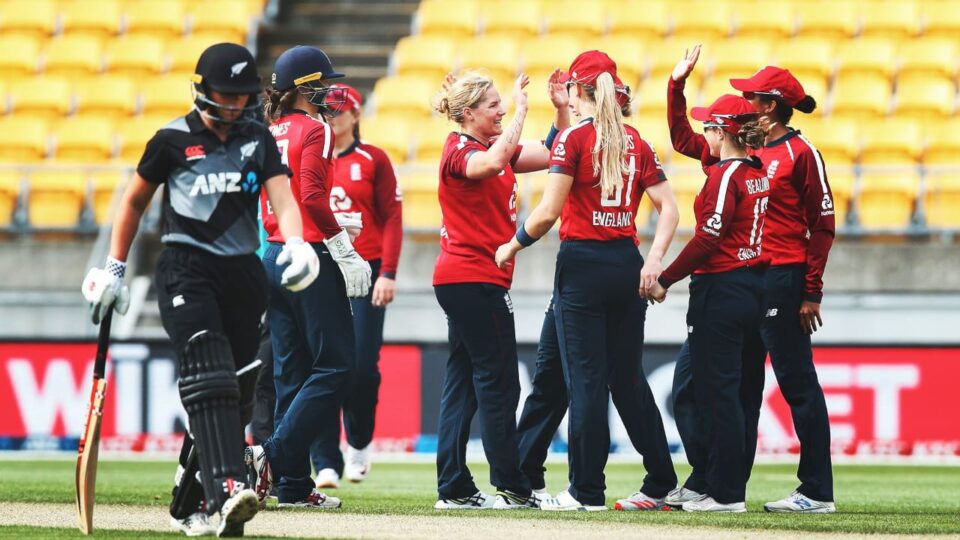 England were too good for the hosts on Wednesday as they went on to produce a near flawless performance to defeat New Zealand by seven wickets.

New Zealand batted first on a drop-in pitch that worked a bit differently than the usual surface at Wellington. England were on top immediately by dismissing the top order and in a whisker, the team found themselves at 67 for 7.

Katey Martin’s experience came in handy as she took on England bowlers all alone to take the team to 96, she had 36 from 32 deliveries.

For England, Brunt and Sciver grabbed two wickets early while Ecclestone and Glenn did the remaining damage.

In return, it was all easy for England as they had 59-run opening partnership. Wyatt had found her form at the right time and had scored 33 from just 26 deliveries. Beaumont had 25 runs, her lowest score in this tour.

Kasperek dismissed both the players and helped New Zealand to get back into the game. Soon, Knight had to walk out for a duck as Jess Kerr found the stumps while fielding in off-side. However, the team didn’t have much on board as England cruised past the visitors by 7 wickets.

WHERE DID INDIA GO WRONG?

Rajasthan Royals: All depends on finding the right combination