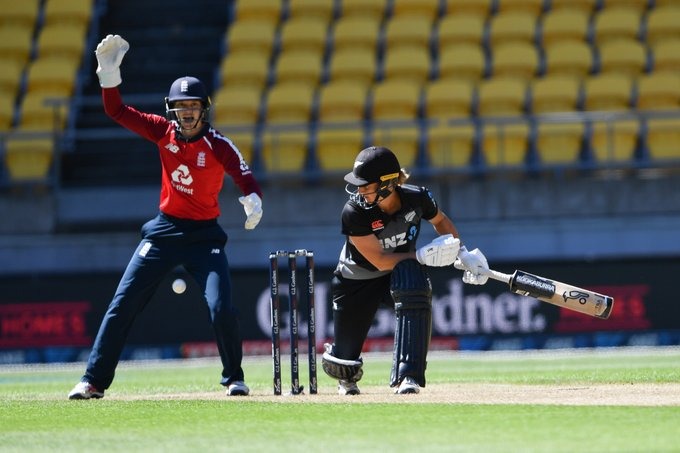 England had their yet another series win over New Zealand as they went on defeat the hosts by 6 wickets with ease.

Batting first, New Zealand batted well in the initial overs despite losing early wickets. Amy Satterthwaite and Amelia Kerr added the all-important partnership in the middle but once Kerr got over, the team began to lose wickets consistently.

Davies was the major destroyer as she went on to grab her first four wicket-haul. New Zealand ended with 123 runs from their 20 overs with Satterthwaite top-scoring with 49.

In return, New Zealand added some initial pressure by removing Wyatt and Sciver early in the innings but Knight and Beaumont were too good for the team. Beaumont got to yet another fifty and Knight had a good cameo to her name.

In the end, the team did lose both of the wickets but it was too late as England won by six wickets. For New Zealand, Mair had two wickets while Kasperek and Jensen had one each. England now have won ten T20I matches in a row.