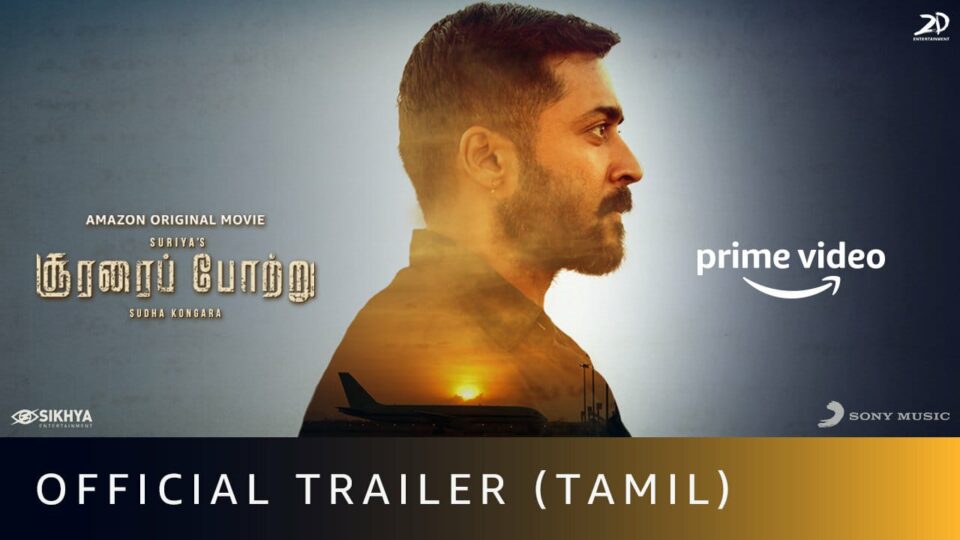 The film stars Suriya, Aparna Balamurali as the lead and has stars like Urvashi, Karunas playing important roles.

This film is a fictionalised version of the book Simply Fly written on the life of Air Deccan founder Captain G. R. Gopinath.

The film will have OTT release and will be releasing on Amazon Prime on November 12th.

Here is the trailer-