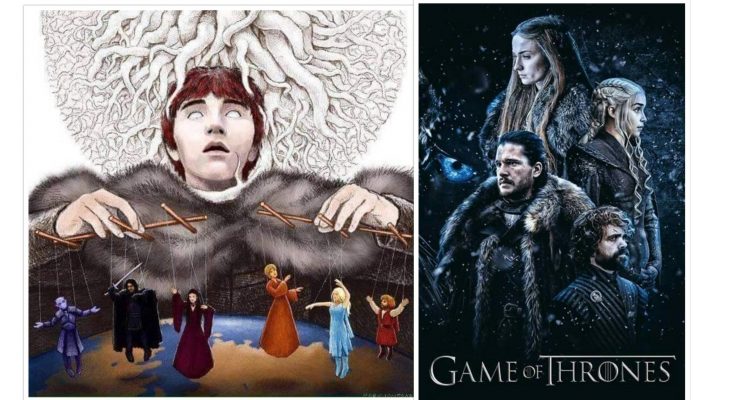 Well, we must have seen that coming. We literally wanted everyone to sit on the Throne than the man who finally did. Oh, wait, Technically he didn’t. Thanks to Drogon.

“If Mamma can’t sit on the Throne, nobody should”

Probably, Drogon mourning for the death of Dany is one of the heartwarming scenes in the finale.

I badly wished Drogon destroyed the script of the complete season as well but we must have prepared ourselves for the same when the writers, cast asked us to get ready for a “Bittersweet” ending.

After all these years, even after all the things he had to go through, even after facing the death, ending the Jon Snow’s character like this does hurt but it’s probably for the best. Only good thing is that he at least got reunited with those who love him the most.

I did love the way Arya and Sansa ended up though.

More than everything, Peter Dinklage’s acting stands out of all and he makes us all fall in love with him every single time he appears on the screen. He is definitely one of the best actors I have ever witnessed.

To end this, I’m making up the mind saying,
“Who can rule the seven kingdoms better than the one who knows it all and is practically the world’s memory?”

But I wish his character was written well.

This might not be the finale we all expected but this is it. For now. With the Prequels and the spin-offs are still a possiblity, right now, it all seems to just be the domain of fan theory.

For now, thank you for the experience, GOT.