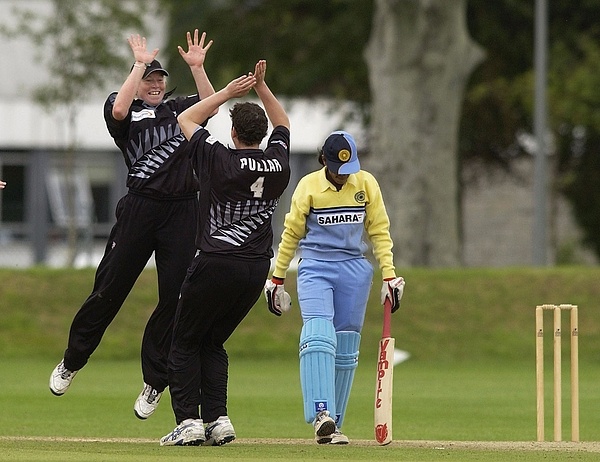 On this day, 2002, Rachel Pullar’s 5-fer dismissed India for 26.
India had one series to forget as they were bowled out cheaply not once but thrice in the series.
However, on July 11th, they had their worst performance. The visitors took on the White Ferns and managed only 26 in return to 168.
Batting first, captain Drumm made fifty while others fell for Marathe’s brilliance who took four wickets. She was accompanied by Goswami’s three scalps.
However, the White Ferns had the last laugh with Pullar leading from the front with 5 for 10. Browne had two wickets to her name as well.
Please don’t go through the scorecard if you are an Indian fan, it is quite depressing.
Goswami and the extras tied for the highest score with six. The team had four ducks as well.