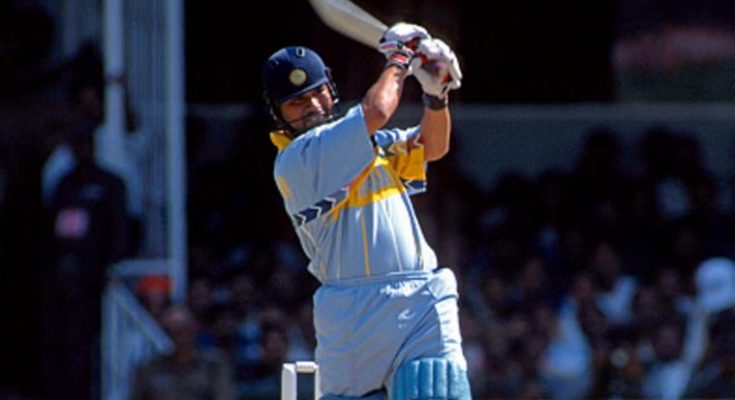 Creating milestones and destroying milestones were like bread and butter for Sachin Tendulkar. It was the fifth match of Asia Cup 1995 and Ranatunga won the toss, opted to bat first. Thanks to Prasad and Srinath spell, Sri Lanka ended at 202 for 9 in their 50 overs.

Only a sub-par total to chase, the momentum was clearly with the Indians. Sachin Tendulkar and Manoj Prabakar walked out. It looked like it was their day right from the ball one. While Prabakar was dealing it in singles, Sachin Tendulkar had other plans. He waited for the bad deliveries to put it away and also smashed a few when he was on the groove. As the wicket was difficult to bat on, Sachin changed his stance a bit that made him easy to play the deliveries straight using his front foot. As a result, he was able to hit 15 boundaries and a six overall in his innings. After adding a great first wicket partnership of 161 as Prabakar got out for well-made 60. Sidhu followed Prabakar for three.

As Sachin reached his fourth hundred, he became the youngest to 3000 runs in ODI. He was just 21-year-old back then.

With some forty runs still needed, Azharuddin sent Srinath ahead of everyone. While Sachin unleashed himself, Srinath had to do nothing but give the strike back to Sachin. The pacer stood unbeaten on 14 whereas Sachin made unbeaten 112 off 107 deliveries.