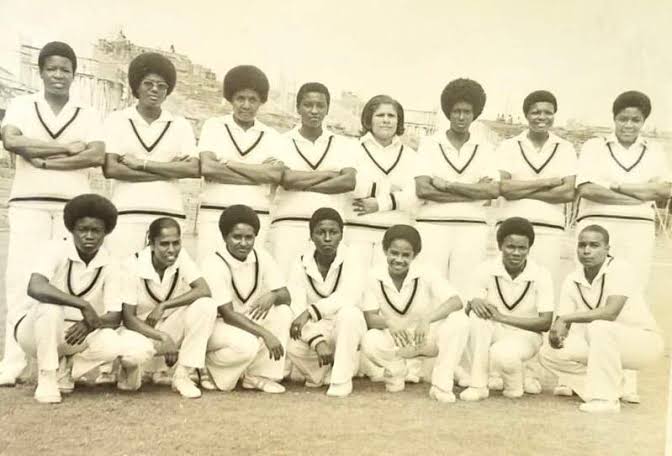 On this day, 1979, the third Test of West Indies tour of England began. This match marked the final Test of 19 of the 22 players who featured and also the debut of two England players. This was a three-day match. Three eventful days for Enid Bakewell in particular.

Batting first, Bakewell and Goatman had a 140-run partnership for the first wicket and helped the team to reach 214/4 before declaring. Bakewell made 68 and Goatman 71.

In return, West Indies got out for 188. Browne scored 72. For England, Bakewell and Greenwood grabbed three wickets each.

Batting in the second innings, Bakewell ended her Test career in the best way by scoring an unbeaten 112. However, the team managed only 164.

Chasing 191, Whittaker’s 65 couldn’t save the West Indies as they managed only 166. Bakewell starred with the ball as well. She picked up seven wickets. England won the series 2-0.

After this tour, West Indies did not feature in another official international match for 10+ years due to lack of funds. The Caribbean Women’s Cricket Foundation was organized by volunteers for the growth of Women’s cricket. Unfortunately, they spent almost all their money on the first three tours. Most of the cricketers couldn’t afford to continue the game. Neither the Board nor the Government came forward to help the team. Their Cricket Board refused even to meet them.

After years, they made an entry in 1997 World Cup where they failed miserably and they did not qualify for the 2000 World Cup. Their first bilateral international tour came against Sri Lanka in 2003.

West Indies certainly was one of the strongest teams those days and things would have been different and better today.

Also, Feature image is the first women cricket team that represented West Indies. Not all cricketers played in this game and it is the closest picture I could find on the net.