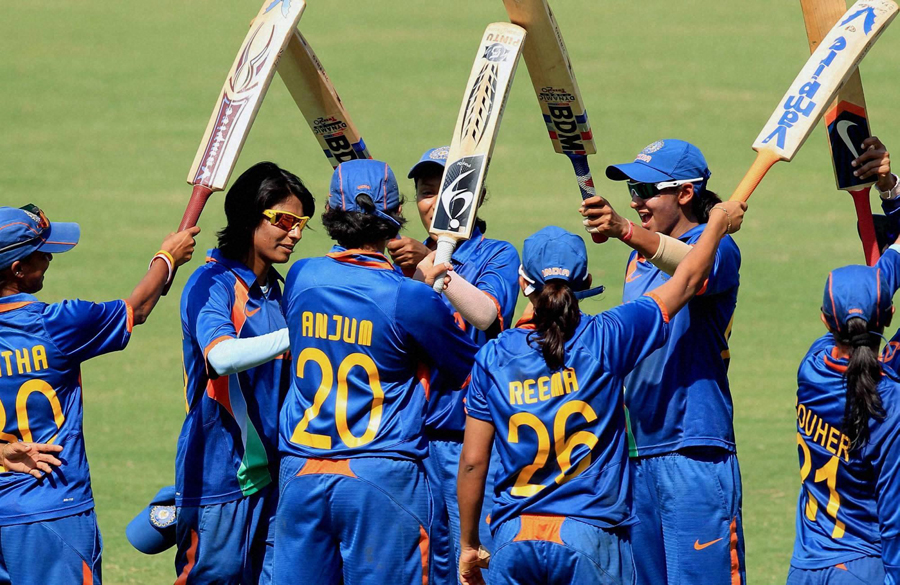 It was a day nicely set for a long game. India was playing Australia at the Wankhede Stadium, Mumbai. India, who already lost the series after losing the first two games was searching for a win though the team was down and out in terms of confidence, blame the 221-run loss two days ago. India had no choice but to play their heart out which they did.

India opted to bat first but was in trouble early as Australia sent back the top order. At 30 for 3, Anjum Chopra was all calm and knew she had to stay there and anchor the innings. The youngster then Harmanpreet Kaur, as usual, played her natural game.

The pair took added 80+ runs with Anjum scoring 31 and Harmanpreet Kaur smashing 63. After their dismissal, Reema Malhotra and Nooshin Al Khadeer added a tiny partnership to take India to 178.

They knew it was never going to be enough against the Australian team, still, they managed to take the game close. Despite early wickets, Jess Cameron and Rachael Haynes made sure to give Australia a clean sweep.

It was not all about this. It was about Nooshin Al Khadeer.
She was playing her farewell ODI, and she was just a wicket away from 100 wickets in ODIs. It was a long journey.
Debuting for India in 2002, and after becoming the world number 1 the next year, Nooshin really dominated the Indian bowling. Her tight line and length, her variations were one of the main reasons why India was able to make it to the finals of the 2005 World Cup.

Coming back to this match, a wicket here would make her the third Indian woman to achieve the feat. She and the whole team, the followers were waiting for this moment for years.

She had 96 wickets in 2007 March, 5th. Considering the matches the Indian women had, her wait was extended. She then played at the end of 2008 against Australia where she managed only two wickets. With 98 wickets to her name, she had to wait till 2010 for another opportunity, and unfortunately, she went wicketless in the two ODIs India played against England.

Two years later and four years after her 96th wicket, Finally the day appeared. The hunger for the final wicket was clearly visible not only on the eyes of Nooshin but also the entire team. They were all equally desperate and was eager to witness the epic.

It was past 2.30 in the afternoon, the 30th over of the match. Nooshin’s instinct would have told her ‘this is it’ because that was the only way. She knew she needed, the team as well. Lisa Sthalekar had 11 runs, was playing an anchor role to Jess Cameron who was smashing the ball all around the park. This time, Nooshin won the battle against Lisa Sthalekar as the latter didn’t read Nooshin’s delivery and was cleaned up. There it was. The much-awaited moment. Playing the game for more than ten years, Nooshin was a role model, a legend for all of us and most of the cricketers now would have picked the ball because of her. Unfortunately, India wasn’t able to give her player a fitting farewell as Australia won the game by five wickets.

Later, she was given the guard of honour by the Indian players.

When her retirement and this achievement could reach the world, There was Sachin Tendulkar who completely buried the news with yet another achievement. Though she would love to share this moment with the master blaster, she deserved better.