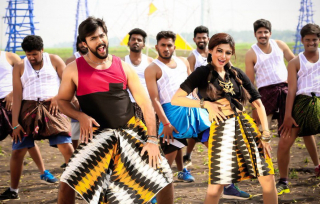 The sweethearts of Tamil Nadu, Aarav and Oviya will be seen together on screens.

Rajabheema, the upcoming movie of Aarav will see Oviya in an important ‘extended’ cameo. The major portions of her shoot will start in January in Pollachi.

That’s not all, there’s also a special kuthu number for the pair. The shooting of the song is already got over in Pollachi, the last weekend.

It’s not only a cameo it will definitely be a feast to @OviyaaSweetz army..get ready guys!! https://t.co/YhvrF0MBtL