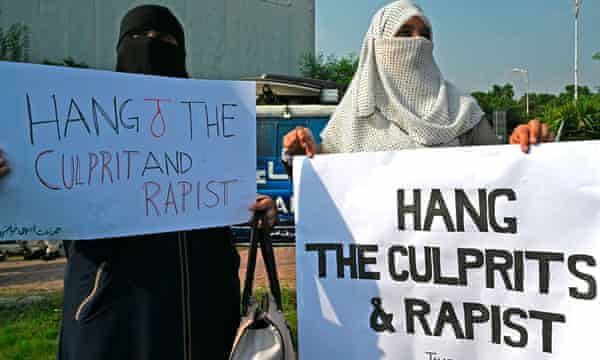 Recently, a gang rape of a woman in front of her children on the highway in Pakistan has prompted outrage. Now, the comments of Police on the incident made it even worse.

Talking about the incident, the police said that it was the fault of the woman to travel during the night time. He also added that nobody in Pakistani society would “allow their sisters and daughters to travel alone so late” and she should have taken a safer highway and made sure she had enough fuel for the journey.

The woman is from France origin said that she “mistook that the society is just safe”.

The woman was travelling on her car during the midnight along with her children. Her car suddenly stopped at the highway due to lack of fuel and she had called the police for help. Before the help could arrive, she was gang-raped by a few men who also took her belongings.

Close to 15 men are arrested in connection with the rape.

The Prime Minister Imran Khan said in a statement that he is following the case closely and had asked the investigators “arrest and sentencing of those involved in the incident as soon as possible”. He added: “Such brutality and bestiality cannot be allowed in any civilised society.”