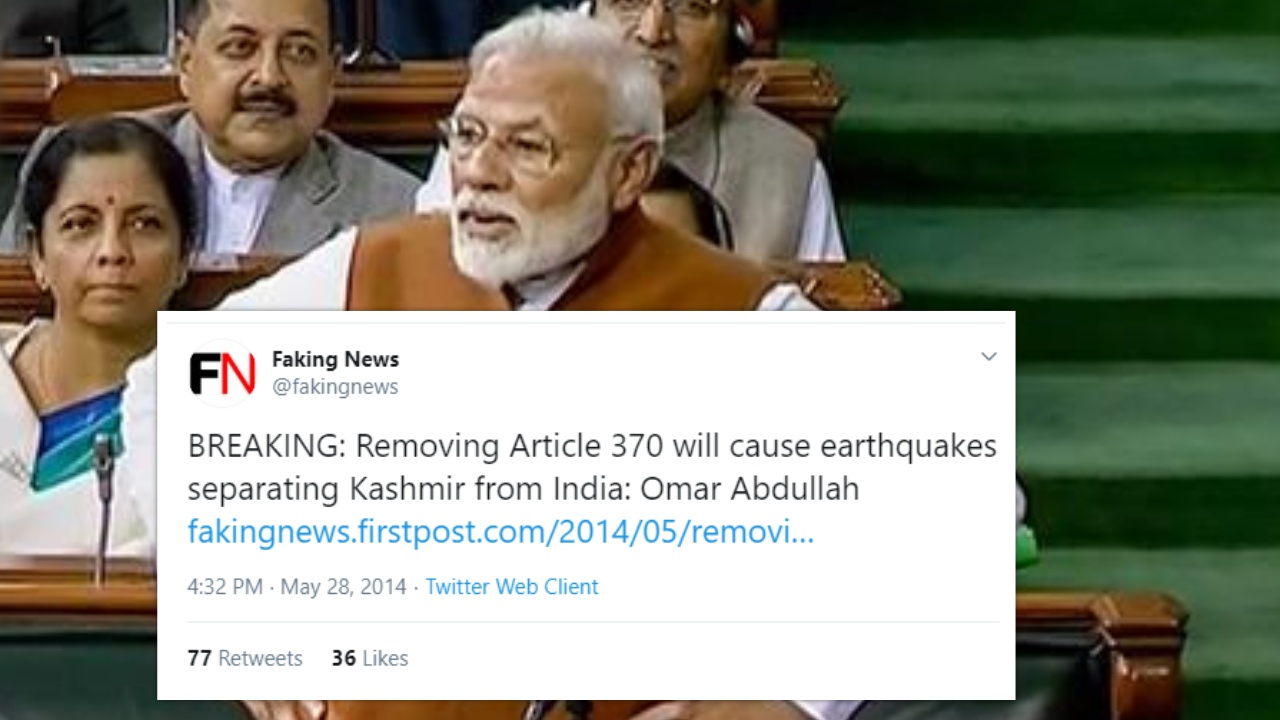 PM Modi during his hour-long speech at the Lok Sabha Parliament spoke about the Citizenship Amendment Act and also attacked the opposite party. He also spoke about the revocation of article 370.

The same was also tweeted in the official handle of BJP.

Well, it turns out that PM has actually quoted the satirical website Faking News. The website posted the article in 2014.

According to the fact-check by ALT News, there is no other article other than the Faking News that popped up during their Keyword search.

It must be noted that after PM Modi’s speech, ex-chief ministers of J&K Omar Abdullah and Mehbooba Mufti were booked under the Public Security Act (PSA).

Here is the article from Faking News.