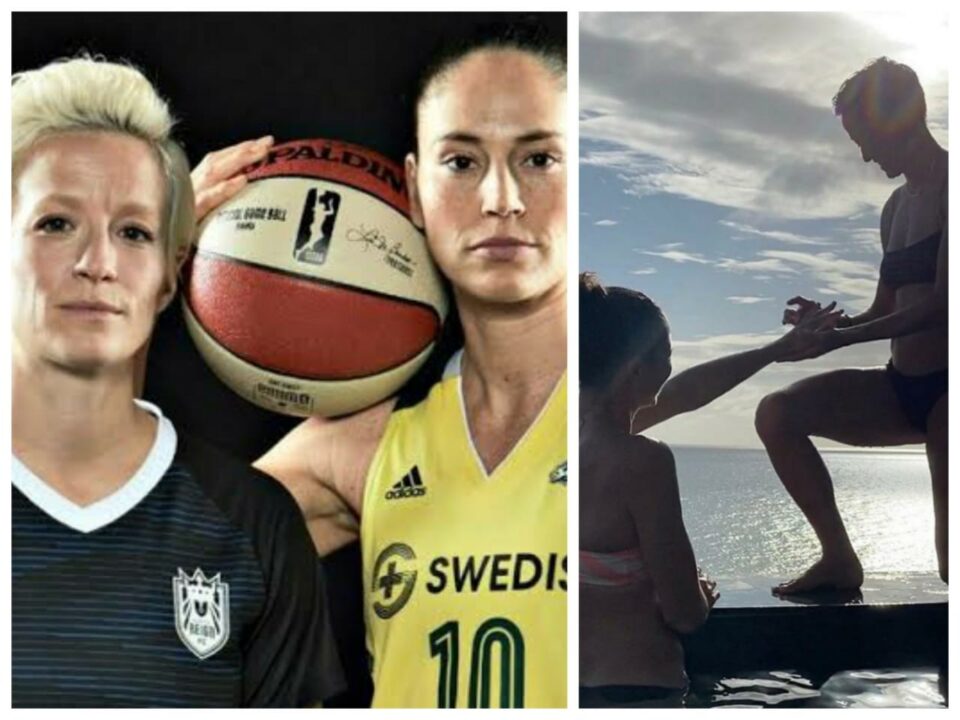 The power couple Sue Bird and Megan Rapinoe are engaged.

Bird, 40, a four-time WNBA champion and Olympic gold medalist, took to social media to share the engagement picture on Friday.

The picture had Rapinoe, 35, an Olympian and FIFA World Cup Champion, going down on one knee.

The couple has been dating since 2016.

With their 2020 season cancelled due to pandemic, Rapinoe spent WNBA season inside the league’s bubble with Bird.

They were the first openly-gay couple to appear on the cover of ESPN Magazine’s body issue.