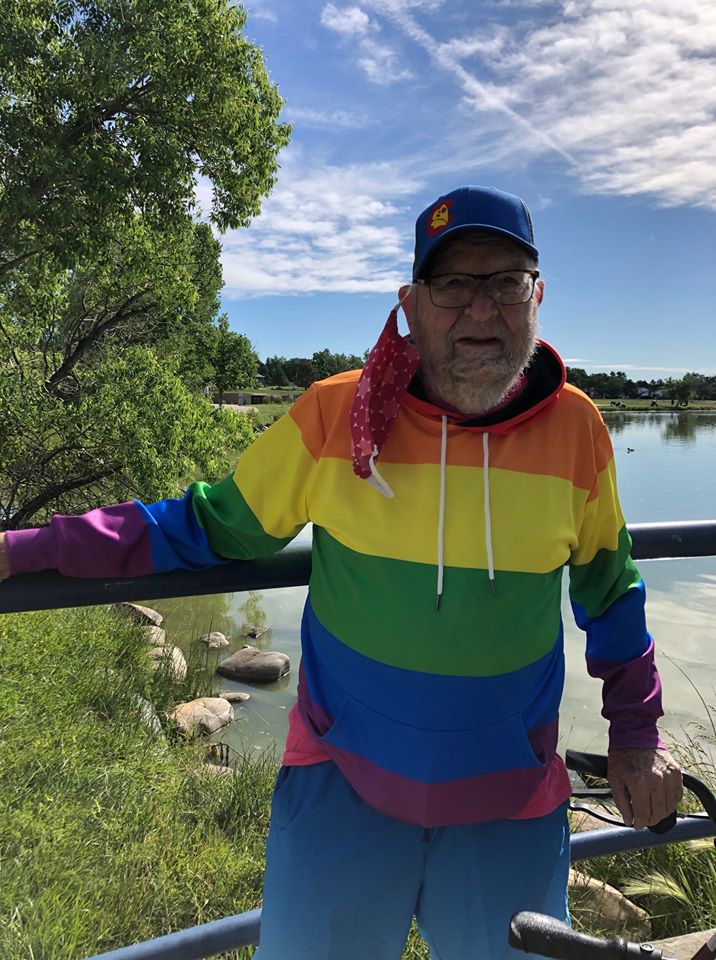 A 90 Years old man came out as gay to his friends and family via social media. He mailed them as well as updated a Facebook status.

Kenneth Felts, a former counsellor and supervisor from Colorado, began to write memoirs during the lockdown and the thought of his previous lover, Philips, made him come out recently. He says that he knew he was gay right from his young age.

“Coming out in the ’50s, ’60s and ’70s was horrendous,” he told The Denver Post. “That was part of the reason I didn’t ever consider coming out (before). There was no gay community, there really weren’t gay organizations or anything. People who came out, came out on their own, without support. And I guess I didn’t have the courage to face society at that time, so I just went ahead and buried it,” he said.

The two lost contact after splitting up. Kenneth went on to marry a woman. He had a daughter with her, but the couple divorced.

Rebecca, Kenneth’s only child, came out as a lesbian when she was in college.

“I’ve been in the closet all my life — deep in the closet, behind rows and rows of clothing. I’m way back there. Opening that door at the front, I had great trepidation as to what people would say. I was very concerned because I needed people and I couldn’t stand the thought of losing them just because I decided to finally be who I really was,” the 90-year-old said.

His family supported his decision. As his story went viral, people who read it had nice words to say too.

Never imagined I would come this far: Dhanush reacts to National Award

Breaking: The latest sport to feature in an Olympic Games

December 17, 2012: Meg Lanning scored the fastest ton by an Australian