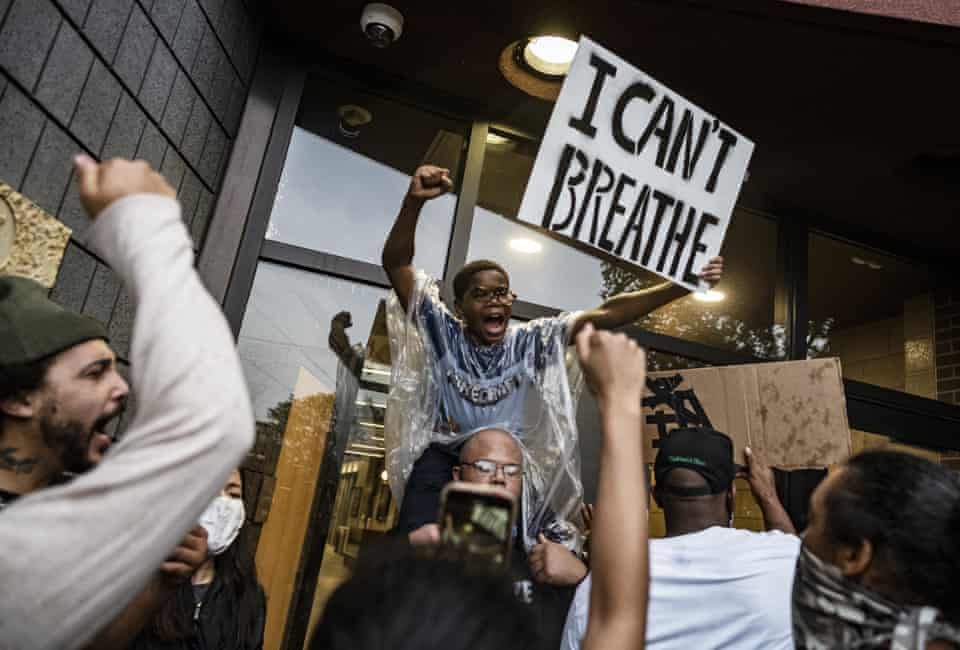 Hundreds gathered to protest against the death of George Floyd on Tuesday, 24 hours after his death.

Floyd was arrested Monday evening after officers responded to a call about an alleged forgery in progress. Video from bystanders shows Floyd handcuffed and pinned to the ground and one police officer’s knee pressing against his neck. Floyd pleaded he was in pain and couldn’t breathe. Shortly after, he was declared dead at a nearby hospital.

Tuesday evening, protests started at the intersection where Floyd was arrested.

The officers began to throw tear gas on the protestors who did not leave the spot and continued to fight. They held banners as well.

However, the officials denied the use of tear gas.

Trump called the incident very very sad and he tweeted “At my request, the FBI and the Department of Justice are already well into an investigation as to the very sad and tragic death in Minnesota of George Floyd.”