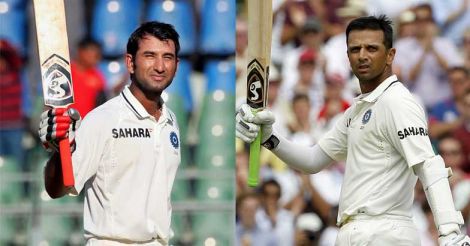 Recently, Indian batter Cheteshwar Pujara spoke on Sony Ten Pit Stop about various things and when talking about sledging, he explained how it is important to stay quiet and to stay in the zone.

He spoke about his idol Rahul Dravid who almost never sledged in his career. He said that Dravid inspires him.


“He has always been calm, very composed. He has always lived a balanced life. There have been many qualities. I don’t need to name one.

“If you look at his cricketing career, there have been many ups and downs. The kind of sacrifices he has made for the team. I have never kept wickets but he is someone who has kept wickets in the Indian team when there was a need in the ODI team. To do all such things for the team, it’s not easy. If you are not a regular wicketkeeper, it’s one of the most difficult things,” Pujara said.

“Apart from that, he has always been a team man. To bat at No. 3 there have been many challenges. So he has tackled all such challenges over a period of time. not just in 1 format. He has played ODI cricket for such a long time. Even late in his career, he was successful in T20 format also, mostly IPL,” Pujara added.

He also added that the Indian team bowlers are raring to go in Australia.