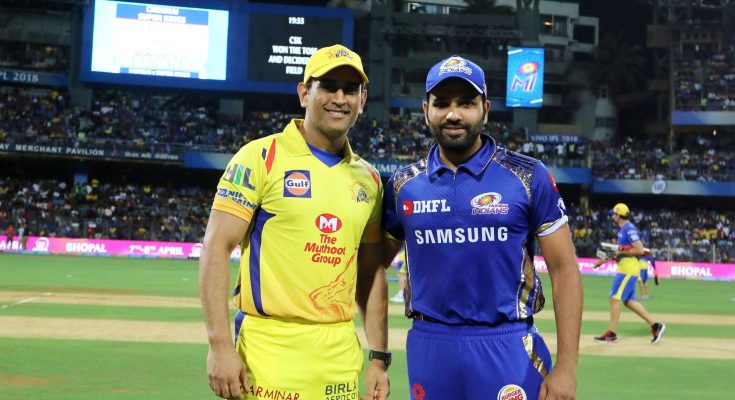 At Chepauk, Mumbai Indians will take on Chennai Super Kings in the Qualifier 1 of the IPL 2019.

To start with, it’s been a while since Chennai has seen even slightly cloudy weather. If it is washed out, Mumbai Indians will advance to the final. CSK will have to blame themselves for the net run rate. Hopefully, we will have a game today.

Mumbai Indians did well to win the league matches against Chennai Super Kings and they will be confident of doing it again. They do have a better record at Chepauk.

When it comes to Head to Head, MI leads CSK but in playoffs, CSK has the most number of wins. Interestingly, all the seven matches played between the two teams in the playoffs, the team that is batting first have won six of them.

We have seen how the pitch works at Chepauk and Harbhajan Singh will once again be the key factor for the team. For Mumbai Indians, Rohit Sharma has a good record against CSK and he will be a vital force in the batting. With no doubts, Hardik Pandya holds the key as well.

Mumbai must look to send him top of the order because of two reasons. One is that he is someone who looks to hit right from the first ball and he has a great strike rate against the spinners. Whereas, his struggle against the close to the body short ball is something Dhoni will be looking into.

For CSK, Kedhar Jadhav is unlikely to play today and will probably be replaced by Murali Vijay considering the conditions. Also, CSK must look to include Santner as well.

On this patchy wicket, Mumbai might opt to play Anukul Roy once again, who has been impressive in his last match.

The toss once again will play a crucial role in this match.

– Lasith Malinga has 30 wickets in 19 matches against CSK.
– Suresh Raina has scored 805 runs against MI, which is the most by any team against MI.
– CSK is a win away from 100 IPL victory.
– Ravindra Jadeja will play his 100th IPL match today.
– Rohit Sharma has 7 fifties against CSK, which is most by any player against CSK.
– CSK has won eight out of their nine matches in Chepauk recently.

MI finished twice in the table top before this and they went on to win the cup both the time.
The team finishing second in the table has won the cup most number of times.