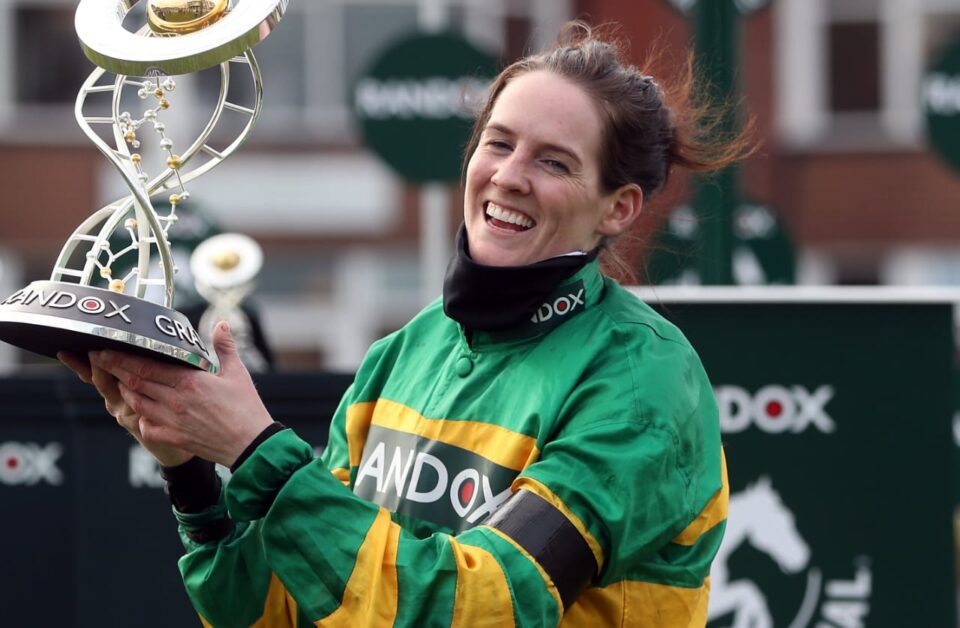 On Saturday, Rachael Blackmore, on the Minella Times, became the first woman jockey to win the Grand National.

“I don’t feel I’m either a female, male or even a human at the moment”, said Blackmore. “It us unbelievable”.

“I don’t know what Henry does with the horses, he gave me such a spin other there”, she added.

“It feels amazing, it is something you dream if”, he said. Rachael was brilliant, she kept him on the inside the whole way round. She is special”, he said.

In all, 32 horses with female riders had gone to post for the National before but only Katie Walsh hwd finished third. It came on Seabass in 2012.