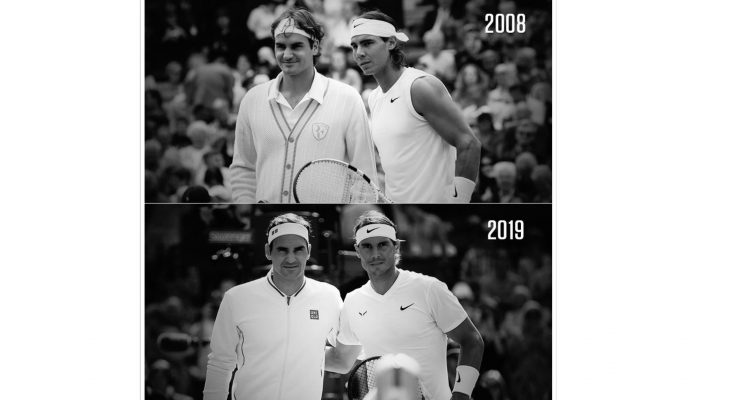 4020+ days. Every single Federer fan had to wait for this day. The day where Federer took that revenge on Nadal at the Wimbledon.

2008 it was. Shocked. I was emotional. I cried. It was hard for me to accept. I was a Federer fan and Federer fan alone those days. I’m a kind of neutral now, I started to accept things unlike before but still, It’s Federer. I cried with Federer, I laughed with Federer. Of course, he is literally my happiness and hey, what do you think 0808 in my name (in most of the places) denotes? (I would say it’s for Captain Kane as well now.)

Yes, I have grown up from being a Federer fan to accept the victories of others, but this particular victory brought back memories that kept haunting me for years. Now, after today, I can happily let go of them. It is a happy feeling that I cannot put it in words. This is emotional though.

This win makes me believe that everything will come around and things eventually will get better even it is after 11 freaking years.

Also, how great is this to watch these two greatest players of all time compete at their highest level even after 11 years. Keeping the result apart, they did battle hard. What matters the most to me is both these players, still going hard and strong even after the years. Let’s embrace and appreciate this very moment for everything these two legends have done for the sport.

Federer was too good today and in four-odd weeks he will be 38.
How did Federer pull off all those long rallies even at this age?
How jaw-droppingly cool is that?