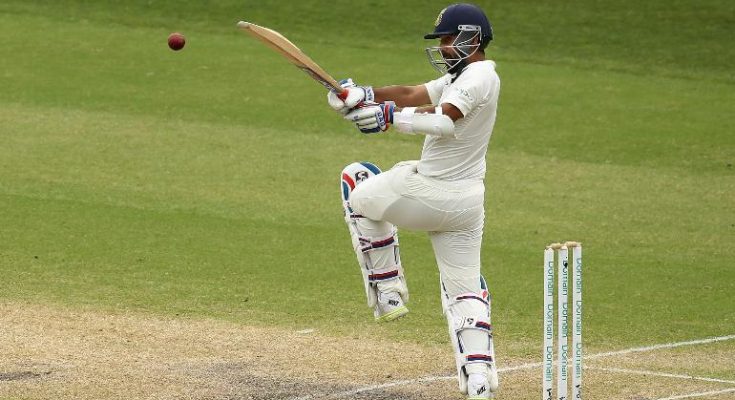 On Wednesday, Indian Test team vice-captain Ajinkya Rahane became only the third Indian to score a ton on County debut but got out just at the stroke tea on Day 3 of the County Championship Division One match between Hampshire and Nottinghamshire at Newport.

Rahane in the first innings managed only 10 runs as Hampshire got bowled out for 310. Nottinghamshire in reply scored 239. However, in the second innings, he got to his ton off 179 deliveries and added 257-run stand for the third wicket with Sam Northeast, who was unbeaten on 131 at tea.

Rahane replaced the South African batsman Aiden Markram in the Hampshire squad as the latter made it to the national team.

Apart from Rahane, Cheteshwar Pujara and Ravichandran Ashwin will also be playing in the Division One of the Championship for Yorkshire and Nottinghamshire respectively.

CENTURY: A phenomenal knock from @ajinkyarahane88! 💯👏