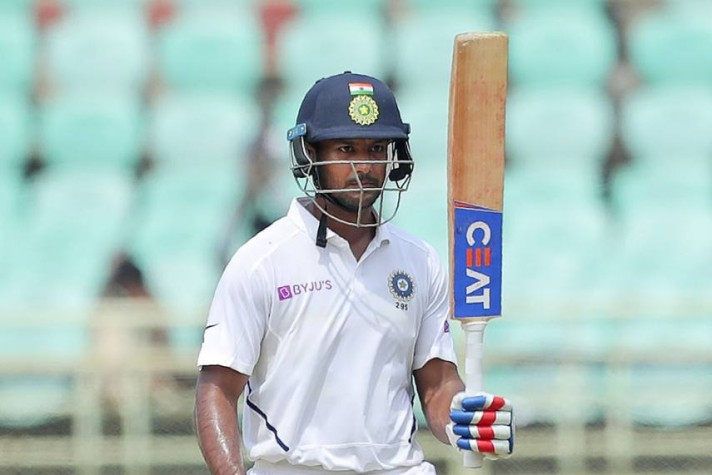 India opener Mayank Agarwal has credited former cricketer Rahul Dravid for helping him out before being selected for the Indian team.

The 29-year-old did not have an easy run into the national team. Mayank was making a truckload of runs between October 2017 and December 2018 for his state team as well as India A.

Eventually, he was called up as an injury replacement for Prithvi Shaw during the India tour of Australia. He made his debut in the boxing day test and scored a crucial half-century that set the platform for Cheteshwar Pujara and Virat Kohli.

Speaking to Sanjay Manjrekar for ESPNCricinfo, he said that he turned Rahul Dravid, who was then the coach of India A and India under19 teams, for advice when the selection was not going his way.

“I was getting runs, you know. I got massive runs that Ranji Trophy season and for India A. I did have a word with Rahul Bhai. I told him that I was getting thoughts of not getting picked. I very clearly remember him telling me, ‘Mayank, these are the things that are in your hands. You have worked hard. You have gotten here. You are as close as you can get. Selection is not in your hands’,” Mayank Agarwal told Manjrekar.

“And I totally agreed with him. Theoretically, you understand that, but practically it’s not easy. But he put forth a few things – ‘What is to say that the coming October and November is not going to be different from September. If you think otherwise, you will get into a negative mind frame it’s you who is going to lose out and nobody else’. So I remembered that talk and that kept me going,” Mayank added.