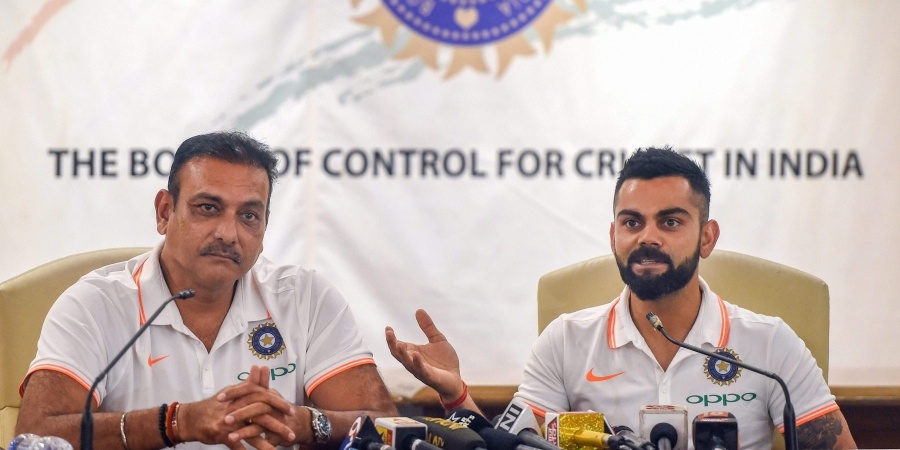 Ravi Shastri who is reappointed as the Indian coach has addressed various issues during his speech thanking all his well-wishers and the committee.

One of the issues he spoke about was India’s number four spot, the spot that witnessed multiple numbers of candidates.

“One of the areas we concentrated on over the last two years was to blood as many youngsters as possible. Shreyas Iyer, for instance, he is going to stay at No. 4,” Ravi Shastri was quoted as saying in Hindustan Times.

Shreyas Iyer who is already making heads turn with his composed knocks, scored  71 and 65 in the last two ODIs. While the team trusted Rishabh Pant for the spot, he couldn’t make justice to his talent.

The Indian captain Virat Kohli also praised the young cricketer for taking the pressure off.

“He understood the value of performing in these situations. The way he (Shreyas Iyer) batted out there, he took a lot of pressure off me. His knock was the game-changer. We want to have people take responsibility at different batting positions. But he certainly presented a strong case for himself. He completely played in full control and was putting pressure on the bowlers,” Kohli said after India’s six-wicket win against West Indies in the final ODI.

A special moment for me, says Sophia Dunkley about her innings | ENG vs IND

Team balance will get better once Rayudu comes back: MS Dhoni