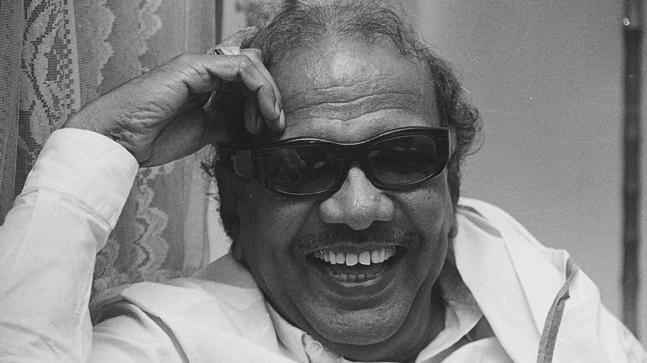 2011 it was. DMK suffered a huge loss in the election. They were nowhere near to their rivals ADMK who went on to continue. The sudden rise of Vijayakanth pushed DMK down further, and it was a situation of failure or for someone like Karunanithi, it is more of an insult. After the election, the next day, Karunanithi came organized a meeting with his members. Tension prevailed, blame the result. To everyone’s surprise, Karunanithi was casual that day and was cracking jokes as usual. Well, that is what Karunanithi is all about. His success came because he was willing to change the future by looking forward rather than thinking about the past. His wittiness and his wordplay made him the leader he was.

Born on June 3, 1924, at Thirukkuvalai, a small village near Nagapattinam. His parents, Muthuvelar and Anjugam, belonged to the Isai Vellalar community, a temple-dependent caste of artistes who traditionally played wind instruments. However, he chose a different path and joined Periyar E.V. Ramasamy’s Self-Respect Movement which soon led to the beginning of Dravidar Politics in Tamil Nadu.

His deep love for Tamil language, literature played a major role in his career. Once he left his marriage to join a protest against Hindi. It was on September 15th, 1948. He was getting ready for his marriage when a few friends of him gathered outside his house and spoke to him about the protest. He even joined the protest and came back to his marriage.

Over the years, he did wonders with his scriptwriting and through his vision and the power of the pen, he made many characters to come alive. One of them is Gunasekharan, a character which was improvised by the legend Sivaji Ganesan who made it immortal.

He became the darling of the media and he would address the current issues with his artistic words and ideologies. His meetings were usually fun-filled yet thought provocative. No wonder he was called the Kalaignar. Ask any journalist, they would have a personal story to tell you about him.

His rise from a normal man to a powerful Chief Minister is impeccable and what made it super inspiring was that he had to take on two of the other powerful people from the same industry, in fact, his friends. MG Ramachandran and J Jayalalitha. They were all equally powerful and he stood tall against them both, never gave up and never said no to anything. For more than four decades, he was a regular newsmaker, sometimes good and sometimes, bad. The other two greats wouldn’t have achieved things without his push as well.

Within years, he created a legacy that cannot be replaced. For his followers, he is the thalaivar. For his Tamil fans, he is the artist and for Tamil Nadu, he will forever be Kalaignar.

As one of the most powerful CMs, he introduced many plans that benefitted many Tamil individuals, something that would talk about his legacy for years to come.

Soon the black spectacles through which he saw the world and the yellow shawl became his trademark appearance. He began his speech with the same line every time and every single time, he won hearts and applause.

He was a hard worker and had attention to detail. He accepted criticism within the party and knew how to tackle tough situations. Even when he was in a wheelchair, people were behind him because of all the works he did earlier. Even during his death, people saw this larger than life politician as a cult figure.

Now, he isn’t the purest politician of course. He had his fair share of controversies, nepotism, corruption and everything. He had a roller coaster ride when it comes to politics and his ideologies. He was arrested many times and the way he treated his rival during his early ages is unacceptable.

The rivalry with former CM Jayalalitha saw everything. Court cases, raids, arrests, protests, abuses, trolls everything. They hated each other though, in later stages, he did pay each other the due respect. The greatest twist in the tale of Kalaignar was to see the demise of Jayalalitha before him. Nobody would have expected that. For someone who lived his life constantly challenged by an equally powerful rival, her death certainly would have caused an impact on his life, maybe, that’s why he went soon after her demise. The time finally caught him in 2018.

***
For the man who saw 94 summers, his lifelong devotion to his people did dwarf his contribution to the language and literature. His ideology or his political views might not appeal to you but his place in history is undeniable.

Our generation is certainly lucky to have witnessed two of the greatest leaders of Tamil Nadu. The upcoming elections will not be the same anymore, thanks to the impact they have created and they forever will stay in our memories.

Jim Carrey makes a sexist comment at journalist during interview!

To all the boys I’ve loved before! – Netflix