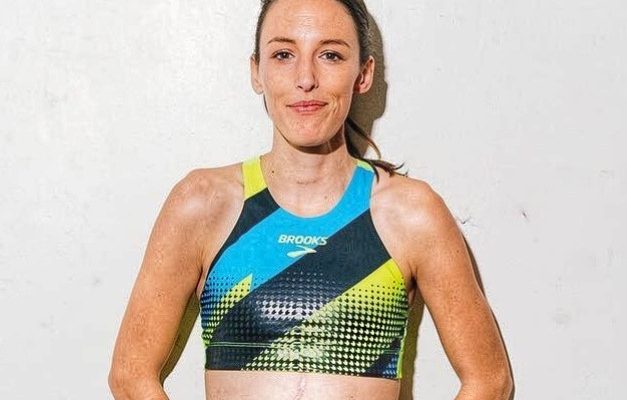 Imagine fighting cancer for more than a decade which kept coming back in one or other form. Still, she was strong enough to follow her dreams despite all the struggles. It was Gabriele “Gabe” Grunewald for you.

In 2009, When a rare salivary gland cancer called adenoid cystic carcinoma (ACC) attacked her, she was very young. She was first diagnosed while running at the University of Minnesota. After fighting successfully, she started training as a professional and thought her cancer was all gone, but in 2010, things got worse with another cancer which forced the removal of the thyroid.

No, she didn’t give up. With additional therapy, she was back. In 2012, she almost made it to the US Olympics team. She represented the US in many races and She did win the 2014 national indoor title in the 3,000 meters.

She almost made it to the 2016 Olympics as well, but lesser did she know that cancer affected her liver this time.

While everyone was getting ready for Rio 2016, Gabbe announced the news about cancer which killed half of her liver and left her with a big scar. It was worse still, that didn’t stop Gabe from running. She was back, again.

Every time she wore the race outfit, her scar was visible. Still, she kept running.

In 2017, she was told that cancer in the liver left a few clots that would affect her running. She didn’t stop there. She ran at all the top meets from California to Boston. Though she wasn’t winning any, fans turned out in huge numbers just to see her, to draw inspiration from her.

At the 2017 U.S. outdoor nationals in Sacramento, Grunewald competed for a final time, finishing last in her preliminary heat in 4:31.18.

Then she travelled the world for her treatment, started a foundation to support and create awareness about cancer. She raised money through marathons and she participated in a few.

She even jogged a 5K at one the foundation’s benefit races this April, and even when she couldn’t run, she biked with her husband.

Before falling into illness, Gabbe was hoping to return to the circuit the next year. Such was her determination and the grit. She never even thought about quitting. She kept coming back.

The woman who fought four cancer in ten years couldn’t take one more. The woman who inspired many youngsters, finally calls it a day.

Though it’s an end to an inspiring life, the legacy she has left behind is impeccable and she will be remembered as the woman who never gave up on her dreams.

Thank you for everything, Gabriele “Gabe” Grunewald, you will be remembered forever.