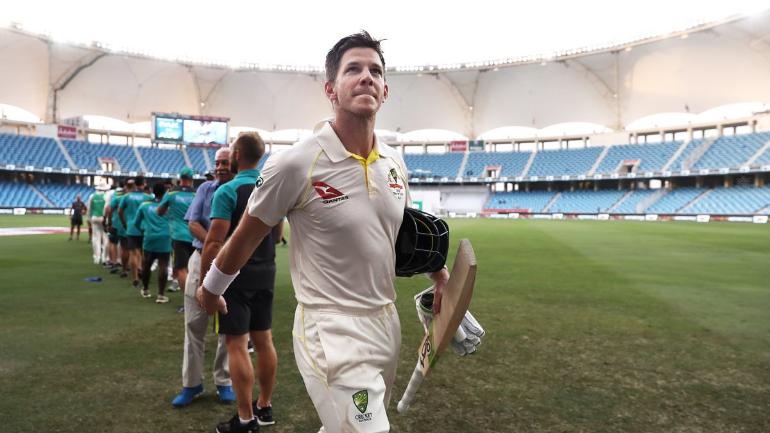 You were in and out of the team for like years, and when the first choice player failed to perform well, the management suddenly throws the ball to you. You get into the team that was nothing like the one where you last played. A lot of changes. Literally everything. You know you got to perform well to stay in the team, and you somehow manage to get to the par with your performance.

You were like that supporting actor who underperforms in a superstar movie. Even though the stars in the team are not your cup of tea, you befriended them because you had to survive.
All of sudden, things change upside down. The superstar and his two men were forced out of the movie. The limelight is thrown on you, and you become the hero. You wake up and release that you are going to head the ship now. How do you feel?
Anxious? Nervous? Fear?

Probably, everything. Now, that was Tim Paine.

When least expected, he was given the captaincy role. It was like naming a newbie as a captain just because he was old and disciplined. He did take his time to settle in. Of course, Steve Smith and David Warner carried the team all these long. They were irreplaceable.

Tim Paine knew that he was not going to win initially because he had to do a lot of work which was beyond him. In fact, it took a lot to time for him to gather himself first.

Paine wanted to start from the basics. He wanted to change the culture of the team rather than concentrating only on the winning. He wanted to make a team with better people than just players. He did. Shaking hands with the opponents before the game against South Africa was an example for that.

Yes, he faced brutal losses, a lot of people did write him off, but Paine could care less. He knew he can lead them well once again, he knew he can bring glory. He knew he can win.
Maybe, he was too concerned with his team that he failed to convert his starts even though he stood tall down the order most of the matches. There was something missing in his game.
Come Pakistan, he knew what was ahead. He brought in his best player, Finch for the first time in Test cricket. He believed Khawaja was his man. Finally, he realized that the clock was ticking for him to take charge, lead the team from the front.

He unleashed the warrior in him, guarded his team against the blow. Pakistan tried their best, but they couldn’t get through the warrior. He had answers for everything that Pakistan threw at him. He stood tall. He conquered.

T20 WC: Experienced Australia crosses South Africa hurdle through to yet another final