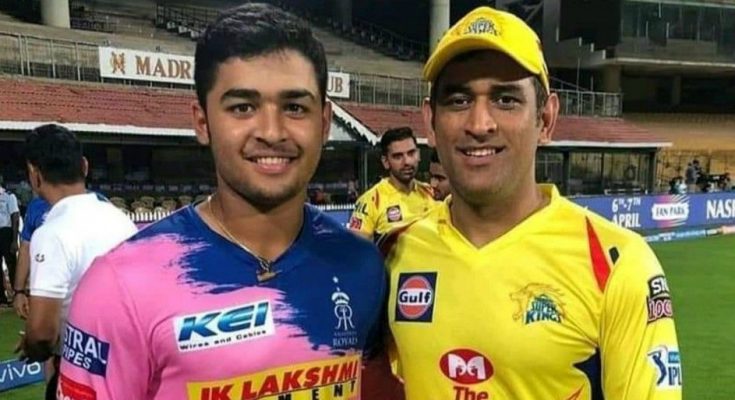 Riyan Parag, the 17 years old made his IPL debut today. He was a prodigy with no doubts. His mother represented India in swimming while his father is a cricketer, played for Assam.

Despite all her training and trying, he couldn’t swim but his father had the last laugh as he wanted to become a cricketer at that early age. He was just 18 months when he first picked up the bat. He would watch himself in the mirror and tries to hit the ball.

He was accompanying his father for the training when he was just 2.5 years old. He was very clear about becoming a cricketer.

He made his U-16 debut at 12, U-19 at the age of 13. He didn’t have to look out for a coach as he had his father. His father wanted him to learn defence and well-left though he wanted to learn more about six-hitting. Thanks to his father’s persistence which helped him in the future but the major change in his life came in 2016-2017 where he was forced to give up his favourite foods and opt for diet. He was just 14 at that time. His diet helped him to prepare himself for long innings.

In the Cooch Behar trophy, he was the third highest run-getter with a double century and he was selected for the U19 tour.

At Mumbai, in a match, he smashed three sixes off Abhishek Sharma with one ball landing at the roof.

After debuting for Assam in Ranji Trophy, he is picked for the IPL this season. Riyan Parag, who is taking a step at a time, has one aim, that is playing for India’s senior team. If that happens, he will become the first male cricketer from Assam to do so.
Right now, he is enjoying the stint with Rajasthan where he is playing with and against his idols.