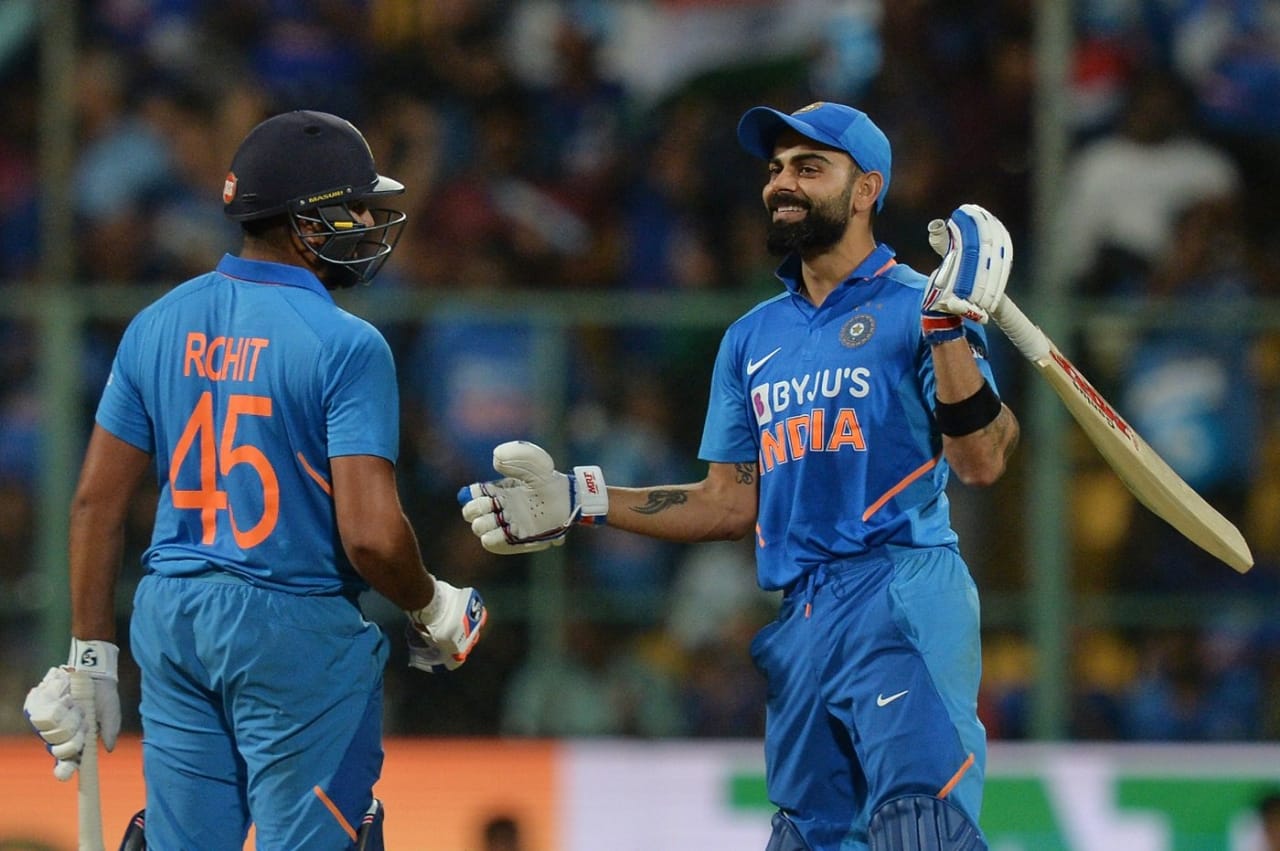 After losing the first game by ten wickets, India bounced back to win the next two in style to seal the series.
The intent made the difference and in the way the fast bowlers attacked to pick up early wickets as well.
In the 3rd ODI, Finch made a surprise decision to bat first and the team lost early wickets, as Warner and Finch walked back early. While Warner was caught behind, Finch met with a terrible runout.
What followed was a good partnership between Smith and Labushagne and then the cameos from the lower order batters that took the team to 286.
Smith once again outplayed everyone with his magnificent 131. Australia made a mess when they sent Starc at number five unfortunately, the move failed.
Batting next, KL Rahul joined Rohit Sharma as Shikhar Dhawan was injured while fielding. Rahul made 19 before getting out cheaply. However, Rohit Sharma along with Virat Kohli took the team close with Rohit smashing his first hundred of 2020. He made 119. Virat Kohli and Shreyas Iyer then almost finished the match and captain Kohli got out for 89. However, he almost did finish the match with Iyer staying unbeaten on 45 and Pandey on 8.