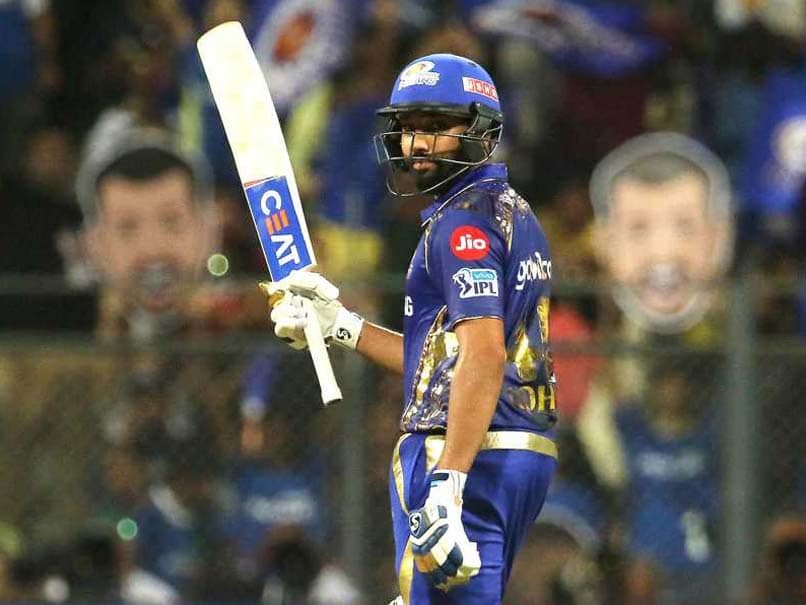 Rohit Sharma confirmed on Tuesday that he will open the innings for Mumbai Indians in this year’s IPL.

Rohit Sharma said he had always wanted to bat according to the needs of the team and opined that the team they have picked this time gives him the freedom to bat higher up the order.

Rohit also added that the move to open the batting for Mumbai Indians has been taken, keeping in mind the preparations for 2019 World Cup, starting May 30 in England and Wales.

This is a welcome move as the IPL ends just a few days before the World Cup, which certainly is the bigger picture.

“My approach will be the same as it is for any tournament. I have in the past batted in the middle order and I have opened as well in a few games. Yeah, wherever the team requires me to bat, I have to bat there. We have to make sure we get the right balance and team composition,” Rohit told the media on Tuesday.

The Mumbai Indians captain: “This year, I will open the batting in all the games. That’s for sure. World Cup is one of the factors. But that [opening position] is where I have got a lot of success of late. The team understands that. We now have got some experience in the middle order. That allows me to go and bat at the top. I will try and open in every game possible.”

It is well known that Rohit Sharma has one of the best averages and Strike rate while opening the innings for India. The Mumbai Captain also averages high while opening for Mumbai as well.

On the other hand, he has struggled a lot in the middle order. In the past two IPL, Rohit averages something around 25 which is low considering his standards.

Very nice decision to rohit because 2month later most like world cup matches he make them perfect form first 10 over ,15 to 25 over india get Claver most run in this situation .Very very nice decision rohit best of luck ipl ,& world cup