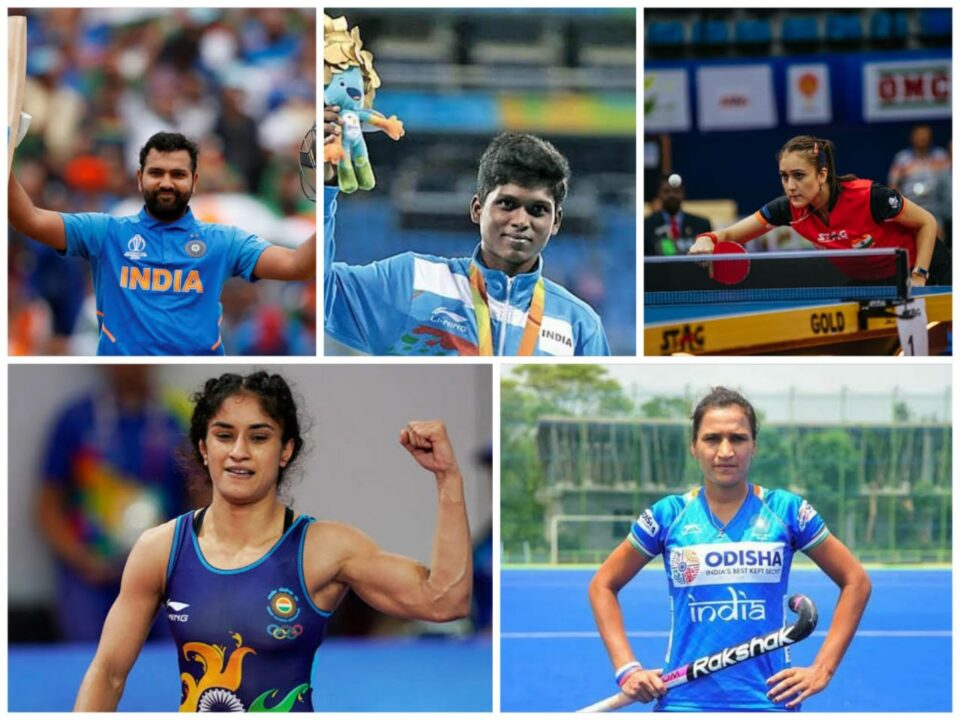 Rohit Sharma will be the fourth cricketer after Sachin Tendulkar, MS Dhoni and Virat Kohli.

M Thangavelu won gold in the Rio Olympics. The high jumper is only the second sports person from Tamil Nadu to be recommended for the award. The first person was Vishwanathan Anand.

“It’s a proud moment for me. It was a long wait but it was worthwhile. If God permits, I would live up to the reputation associated with this award,” said Vinesh.

Manika Batra is the first table tennis player to be chosen for the Khel Ratna. She shot into prominence at 2018 Commonwealth Games in Gold Coast, winning a phenomenal four medals, including the women’s individual and team gold. She won the mixed doubles bronze at the Asian Games that followed.

Rani Rampal is the only female hockey player to be recommended for the award. Rani’s recommendation came late, after deep discussion among the selectors who met on Tuesday.

Under Rani, India had qualified for the Tokyo Olympics.

Pujara was the toughest batsman to bowl: Pat Cummins