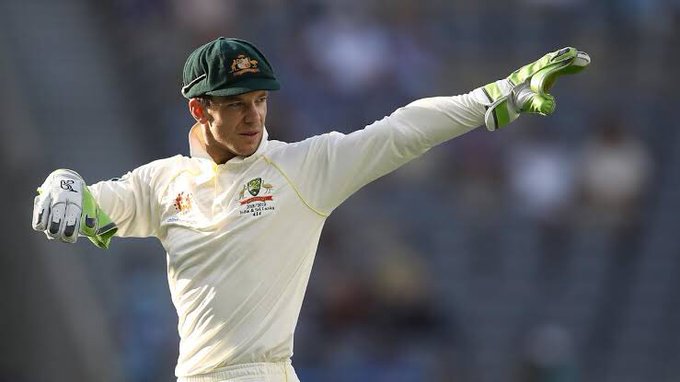 Rooting for Paine is painful. It’s painful because you know he is very talented but somehow he misses out. He finds reasons, different deliveries to get out. Paine is not Gilchrist but Paine was a superstar too.

Right when Haddin’s shadow left him, he had the spotlight of becoming the best keeper. He had the ability, he was soft-spoken and nice. Fighting his way back into the team after the career-threatening injury, he was so bright to cast a shadow on both Wade and Nevill. The man who thought his career would be over in 2017, was called back into the team and, soon was appointed the captain after some extraordinary scene. For someone who looks from outside, they will question his place. Of course, they will. Thanks to his number of slumps in the numbers that don’t help him to hold a debate, but why Paine? Why do they even opt for Paine as the captain?

I suddenly remember late Richie Benaud’s quote, Captaincy is 90% luck and 10% skill but don’t try without that 10%. Was Paine luck enough? Was he skilled?
There is no doubt that he is super skilled. If not, he would be in the talks at all. Of course, he is lucky. I mean, even he wouldn’t have thought that he would lead the side. I wonder if he even had the hope of getting back into the team.

The last year wasn’t easy for the team and they needed something more than skill. They needed a brave head. They needed someone who can go and talk to the team after a series of losses and say, ‘Look, heads up and bowl the next one, we aren’t going down without a fight’. He motivates, re-wrote the culture. At times, a stable head is needed when the whole world is falling apart. He certainly was one.

He was an introvert, the man with traditions. His job had more rock bottoms than downs. For months, Paine did try his best to hold his team together. Now that everyone is back, will Australia rethink of his spot? Will Australia make someone else as captain? This Ashes will reveal things. Paine, though, as nothing to prove. He tried his best. Maybe, that is all he has. Maybe, it takes a lot to convert the talent into runs. Maybe, Paine doesn’t have it. Maybe, he does, and he will shine as the series goes by. Maybe, he will stand tall. Not today, but at least for a game, for an innings. At least a start somewhere. He needs it, the team needs it. The team needs him. For all I know, he is not Smith. For all I know, Smith is not Ponting. Nobody is. Nobody is Paine too. Nobody from the current team would have handled things better. If Paine didn’t do much, there should be a lot of questions from the team itself. Nobody is against him.

In fact, the players are defending him for the mental strength he provides. Maybe, the team would have fallen apart. The dressing room atmosphere would have been worse. At times, those are important too. At times, you need a leader than a captain.

Again, those are not going to be enough now. He definitely is one of the best keepers. No doubts. Standing up, he does pass a few funny-oneliners which the stump mic picks up, but the Australian team needs a captain who score runs not a stand-up comedian. The world has Tim Vine for that.

There will be millions of maybes and what-ifs. This Ashes will put an end to a lot of those.

I can definitely learn from Ashwin: GOAT Lyon