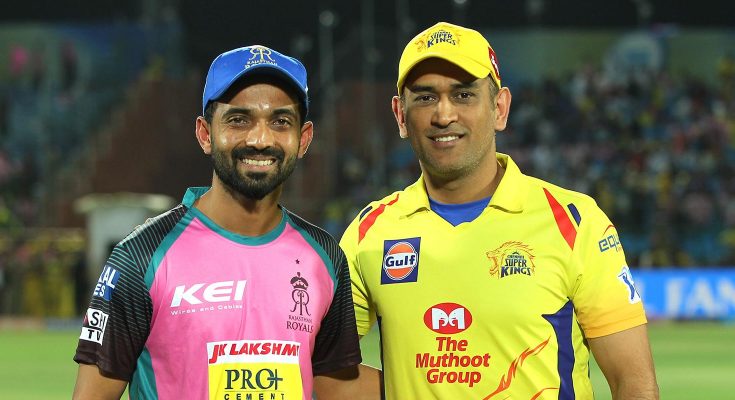 After some dominant performances, Chennai Super Kings is all set to take on Rajasthan Royals in a cracking contest.

Cracking contest because the Rajasthan Royals has been an unpredictable team so far in the tournament. They can win matches from nowhere and they can lose matches that they had in their hands.

Whereas, CSK has been the most powerful team in this year’s IPL, just like other seasons. With only one loss to their name, the holders are in a great position and will surely provide a similar kind of performance today.

After the mankading incident, we hardly saw Buttler taking the ownership similar to something did in the last year. Rajasthan dearly depends on him and on Sanju Samson who failed after scoring a big hundred when was on a losing cause as well.

In the absence of Bravo, Faf du Plessis had made sure to add important runs in the powerplay and has finished matches which is a good sign but other players like Watson, Raina, Rayudu are yet to produce a performance matching their calibre.

In the bowling department, Deepak Chahar and Imran Tahir have been their main force with some support from the other bowlers. Both the bowlers were outstanding, especially in Chennai.

Rajasthan conditions have offered help for the spinners and the cutters, which once again will act in favour of the CSK bowlers. We must not forget that Shreyas Gopal was outstanding as well and he is their MVP bowler.

If Sudhesan Midhun plays today, he will be darkhorse for the team. Jos Buttler holds the key for Rajasthan whereas it will be Faf du Plessis for Chennai.

Both the teams are unlikely to change their combination.