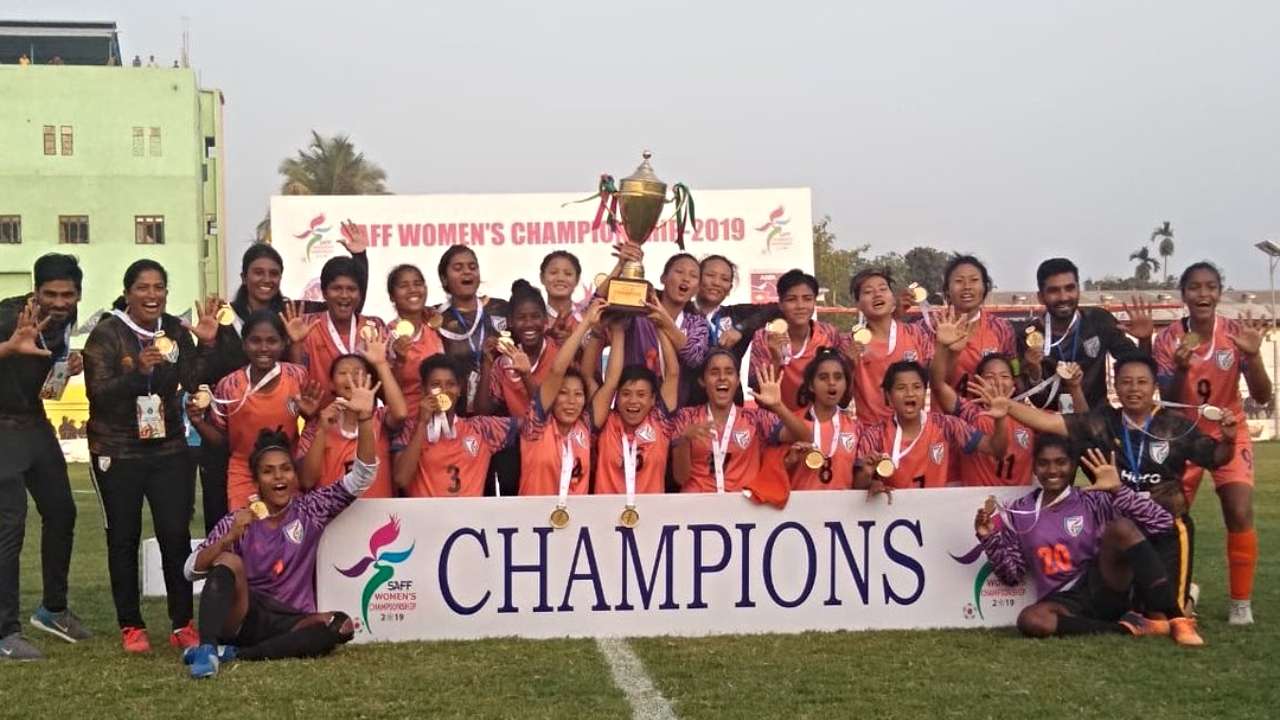 The Indian Women continued their dominance in the SAFF Championships as they defeated the hosts Nepal by 3-1 to win the tournament for the fifth consecutive time.

The win extends India’s unbeaten run in the tournament’s history to 23 games.

The match was intense right from the word go and it was Dalima Chhibber opened the scoring for India this time as well. In the 26th minute, she smashed the ball past the keeper from a free-kick from 30 yards with a powerful drive and put the defending champions into a 1-0 lead.

A glimpse of my goal scored from a freekick yesterday against Nepal in the final match of the SAFF Championship, 2019.
.
.
.#Saffchampionship #ShePower #IndianFootball #Champions pic.twitter.com/6JehH0UAlb

At the end of the first half, both the sides were locked at a goal apiece. In the second half, the defending champions had the majority of chances and Grace Dangmei and the substitute Anju Tamang helped India to defeat the hosts by 3-1.

Woke up this morning, feeling fine. Got the SAFF Championship on my mind! 🏆😁🎼

Nepal did throw everything away during the last few minutes but the Indian defence, as well as Aditi’s saves, gave India their fifth trophy in a row.