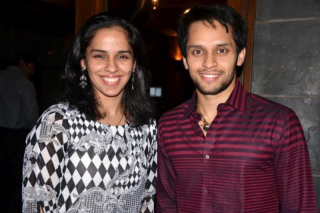 The duo who are dating for almost ten years has kept the things under wraps till the commonwealth games at Gold coast this year, where Saina Nehwal took the Twitter to thank Parupalli Kashyap. She mentioned that the latter had played a significant role in motivating her.

Saina has 20 major titles to her name, which include an Olympic bronze and a silver at the World Championships.

Kashyap has also reached the high of a World No. 6 ranking before injuries stopped his rise in the men’s circuit.