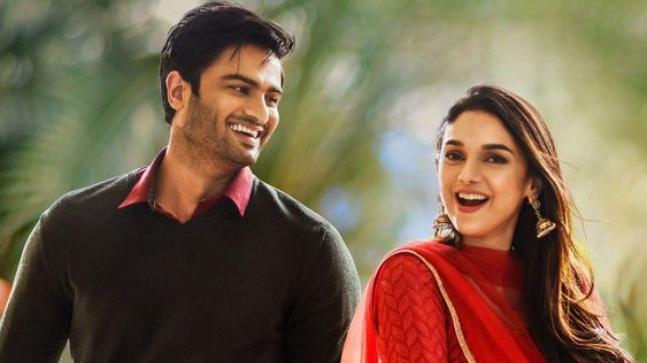 Here is why we need more films like Sammohanam to adorn the screens:

Revisiting Mohan Krishna Indraganti‘s dearly heartened romantic drama Sammohanam [Enchantment] (2018), after 2 years, leaves me with the deep yearning to be enchanted more and more from the other films I see those close to our home. Despite Sammohanam’s plot resembles the infamous Hollywood rom-com Notting Hill (1999), it doesn’t fake-try to fit in to make a mark. It stays true to its altruistic form. Its genuine effort, to bring the progressiveness, ushers in gracefully on its own, at every opportunity the film gets. And I take the pleasure in watching it.

It’s a wonderful film that makes you cozy. It conditions the spirits inside you to feel alive once again by resuscitating a forgotten dream, an ambition. It stays as a reminder for self-compassion at various moments and also to stay magnificently generous in love towards the people we come across, especially to family. This “love your family” seems like an oxymoron for many. I’m happy for them. For that, it means they have already figured out the secret to mindfulness by loving their family. But the conflict arises when such mindfulness is disturbed. The show of callousness affects the bonds we form with people at home. We use them as punchbags when things don’t go right with us. Sammohanam clues me in its secret to stay mindful. I easily heart the film for this reason and wish to carry with me always.

Vijay (Sudheer Babu), a children’s book illustrator, lives a harmonized life with his dear family that consists of his parents and his sister. Vijay loves art and literature while his father fosters his love for cinema. His father weeps seeing the veteran actor S. V. Ranga Rao‘s performance in an old movie. He frames posters of Casablanca and Yojimbo on his bedroom wall. A flamboyant cinema fan. Vijay’s mother with an exceptional cooking ability and his sister who pursues Bharatanatyam, a dance art. A family of artists who keeps their artistry grounded with them. It is spot on when Vijay’s father conveys his unrequited dream and how his responsibilities had always been in his way to pursue acting. And how he hasn’t let his children go through the same ordeal. He never tries to distort Vijay’s love for literature and values his dreams for he knows the pain when a dream never comes true.

What I really like about Sammohanam is how it clues us in the beauty of picking up each other when we falls down. When Vijay suffers from the agony, when his love gets rejected by Sameera (Aditi Rao Hydari), who isn’t within his reach like the star on his night sky, as he looks upon her star status, he confides his distress to his mother and she listens. She tells him how to handle the failure with dignity without letting go of our own self esteem. She is being the best friend that Vijay needs at the moment. Before Vijay opens up to his mother, he struggles between the attempt to put on a happy face and letting it all out to someone who sees through him and quarrels with his sister with whom, until the moment, he has shared a beautiful bond. His anger doesn’t let him realize with whom he is fighting. Is it either with himself or with the people around him who played no part in his conflict?

And right after the beautiful moment with his mother, Vijay goes to his father, who is upset to come to terms with his shattered dreams. Vijay picks up his father who is down now. All these beautiful moments poetically come in tandem with each other and make the film warm and cozy. You don’t see the actor drinking upto his ears after his love gets rejected. You don’t see body-juddering dance numbers or stunt sequences. The interlacing right amount of drama and comedy keeps you enchanted through out the wavy pace of the movie. Sammohanam is such a delightful watch. Aditi and every other people/music/things on screen are just there to hook you.

It handles the downfall after being exploited but importantly the film informs us to get ourselves up together right after such exploitation too. The deliberate, tasteful comedy marries the romance and drama very well too. It is fun and no doubt about. It is fun because the film not only dwells the exterior beauty when a dream comes true. It peeps into the interior beauty of self realization. When a well-done introspection leaves you mostly clear and satisfied with yourself, you are at peace and exactly know what to demand from life. You cherish the people you meet and learn to let them stay in your life. You drive them away when you demand so much so, they stand empty-handed in front you. Aditi’s bad relationship, which she labels and confuses with loyalty, proves the point. And She realizes that she doesn’t have to offer or take anything anymore when things fall into their places. Cherishing is the only thing that’s left to do.

Lawrence introduced me to a version of myself I didn’t know existed: Akshay on Laxmmi Bomb