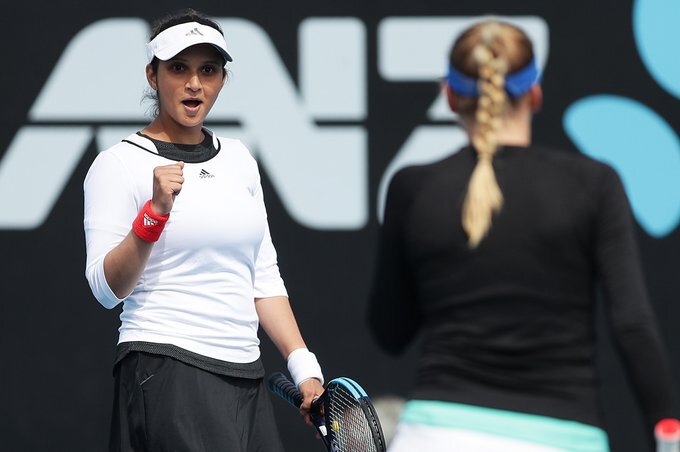 Sania Mirza, who played her first Grand Slam match after two years of maternity break, had to retire during the middle of the match due to calf injury.

The Indian legend came into the match with heavy strapping after pulling out of the mixed doubles which she was scheduled to play with Rohan Bopanna.

The Indo-Ukranian pair lost the first set and the first game of the second and decided to walk off after Sania Mirza couldn’t bear the pain.

The pair made a winning start to the season at the Hobart International, as they emerged as the winners.

Thiem will meet Djokovic for the Australian Open title