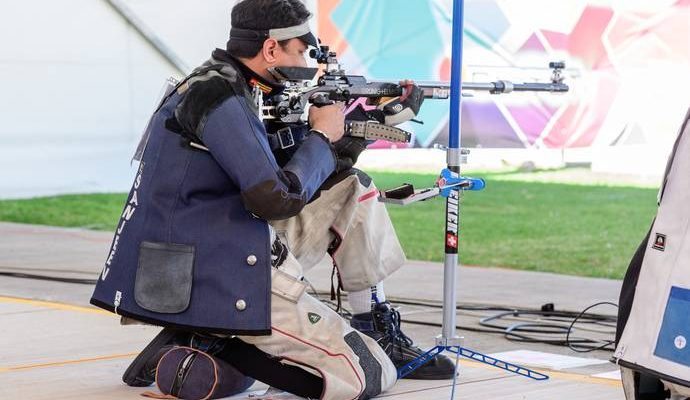 The 38-year-old Sanjeev Rajput missed out on his second World Cup after finishing 0.2 points behind  Petar Gorsa of Croatia at the ISSF World Cup in Rio. However, with the Silver, Sanjeev now has secures his Olympic quota in the 50m 3-position shooting.

Sanjeev Rajput had to miss out the 2016 Rio Olympics despite holding a quota as the National Federation opted to send Gagan Narag.

Sanjeev was leading in the final but missed out after a poor final shot but it was a good comeback by him after the protest by the Indian team as his 39th shot read “zero” instead of the score.

Sanjeev was accused of Sexual Harassment by a national shooter when the former was working as an assistant coach with the national team. Soon, he was suspended from the job and was left jobless for months. Then the shooter came out with bail for the case.

Coming back to the Olympic quota, this is India’s 13th Quota and 8th in the shooting.