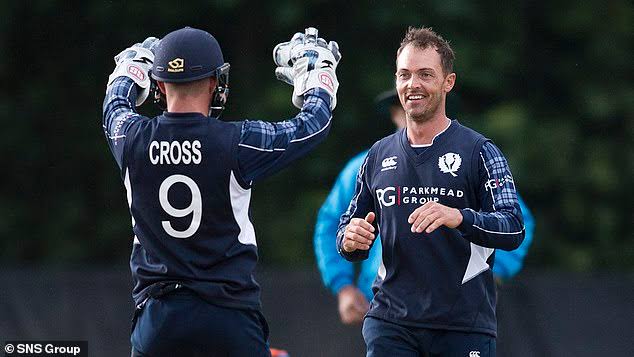 Scotland all-rounder Con de Lange passed away on Friday morning after a lengthy battle with a brain tumour. He was 38.

The South Africa-born player played 21 international matches for Scotland, making his debut in a T20I against Ireland in June 2015, and he was a vital part of its middle order.

The spinner’s career-best figure of 5/60 against Zimbabwe which handed Scotland its first ever ODI win over a full-member team.

After that, he featured in five matches before being sidelined for health reasons at the end of 2017. In October 2018, the family went public with the news of his tumour and launched a campaign to raise money.

Along with his family, he started a charity for Brain Tumour after watching his friend lose the battle for the same. He raised money by conducting walks and event for the same.