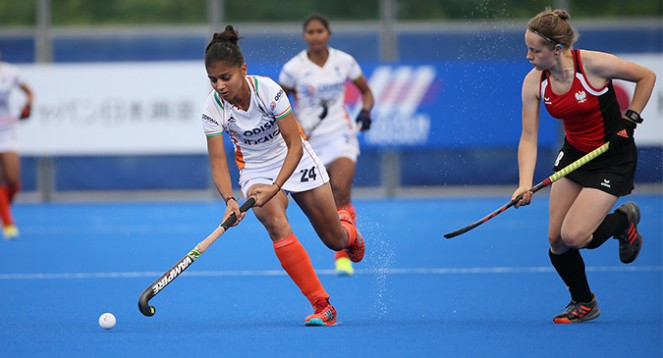 In a yet another dominating performance, India thrashed Poland 5-0 in the Series Finals at Hiroshima on Sunday.

Unlike what the score says, the battle between both the teams was intense and was close as well. What worked out for India is their speed and performing right at an important time. The most of India’s circle entries came in the second quarter where the team made 12 of them to put Poland in a back foot after ending the first quarter with no goals and in the second quarter, India had three goals in the last minutes from Jyoti, Vandana and Gurjit.

Gurjit didn’t stop there and scored another one within the next 10 minutes of the play. She almost scored another one but missed the hattrick. Navneet then scored the final goal of the day in the last quarter of the match to give India a comprehensive victory with 5 goals to none, a number better than their 4-1 against Uruguay.