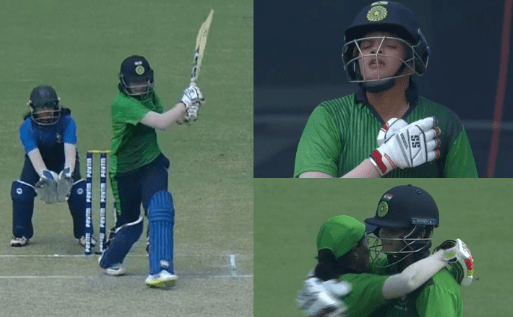 Well, who would have expected this to happen at the beginning of the tournament?
India C came in as the underdogs, as the less experienced side and look where they are. They thumped Harmanpreet Kaur-led India A to reach the final and managed to come up on top against India B when it was needed.

India C had mixed performances towards the tournament. There was brilliance from the bowlers, Rajeshwari Gayakwad, Arundati Reddy in particular.
When it comes to batting it was Shafali Verma in the final and earlier, it was Veda Krishnamurty who knocked India A out. Overall, a great team effort from India C.

Talking about the final, India C is coming after a tired Thursday, blame the poor schedule where they had to play two matches on the same day.

The team of youngsters came back stronger on the most important day, the final, to lift the trophy.

Batting first, Smriti Mandhana’s India B managed to put on 131, thanks to Pooja Vastrakar’s blistering 43* off 22. She began where she left off yesterday and took the team to a decent total. Of course, it was a good pitch to bat on, and India B knew the danger. Manali Dakshini picked up three wickets for India C.

As India B feared, Shafali Verma came good when it really mattered. The 15-year-old not only smashed the deliveries with ease but also didn’t rush, picked up boundaries with some gentle touch as well. While Shafali was doing the whole job, her partners had nothing to do but to make sure to give the strike back to her. Madhuri Mehta did the same, scored 20 off 30.

The most important part of the match was the dismissal of Mehta, and when Veda Krishnamurty walked in. In recent times, I have been admiring the way Veda is leading the team be it India A against Australia A or this tournament. She is leading the team from the front, making sure to do pep talk when it is needed and it was her knock against India A, that took the team to the final. Today, she walked in ahead of Keeper Parveen( other night she came in at number eight to allow lower-order batters to get some experience and she tried to smash as well but unfortunately, she got out after making 15.

Shafali Verma then finished off the match for India C and stood unbeaten at 89 off 48 deliveries with 15 fours and two sixes.