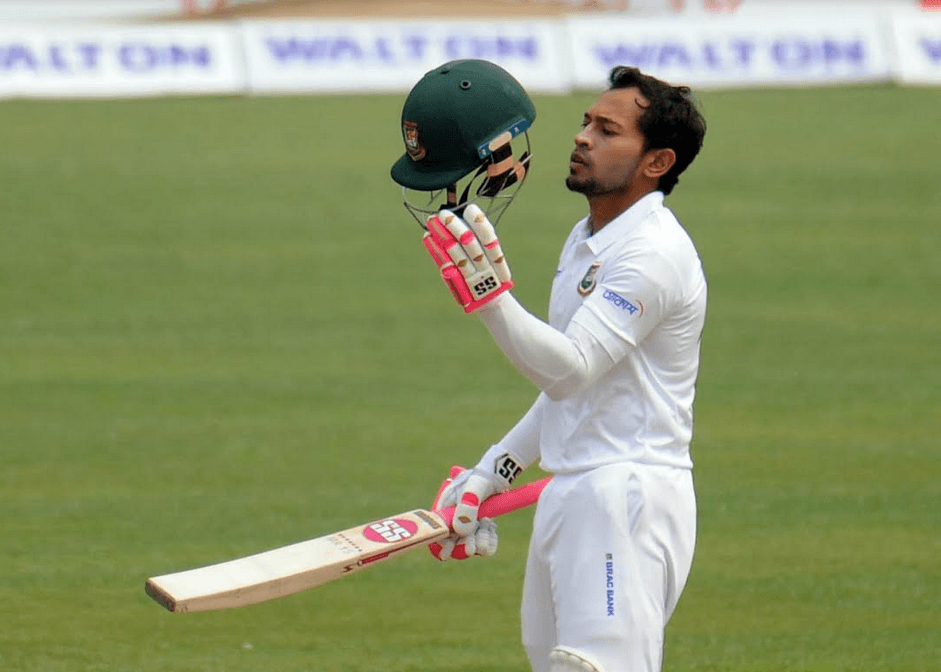 Former Pakistan cricketer Shahid Afridi has bought Bangladesh veteran Mushfiqur Rahim’s bat in a charity auction for USD 20,000. The amount will be used for Coronavirus relief in Bangladesh.

Rahim announced this in a Facebook live session that Afridi has bought his bat and fellow cricketer Tamim Iqbal had helped him to rope Afridi in for the cause.

“Shahid Afridi bought my bat on behalf of his foundation,” Mushfiqur said. “I feel privileged and honoured that someone like him has joined our great cause. We had to suspend the auction due to some fraud bidders, which was unexpected. Shahid Bhai personally contacted me after seeing the news (of my bat put on auction). He sent an offer letter on May 13 that he was interested to buy for USD 20,000, which is almost BDT 16.8 lakh. I want to thank everyone concerned, which includes my very good friend Tamim Iqbal. He helped me a lot in this regard.”

The bat that was put for auction was used by Rahim during his double hundred against Sri Lanka in Galle 2013.The auction went into trouble after it was interrupted by fraudsters who flooded the process last week.

It has been reported that most of the proceeds from the money raised using mUSHFIQUR Rahim’s bat will go to the NGO BRAC who are doing COVID-19 relief measures for the underprivileged families in Bangladesh. The remaining of it will go to whatever charity that Rahim wants to.

Lockdown to be extended for 2 weeks, relaxed guidelines soon

Qatar makes wearing masks outside mandatory, fine up to $50000