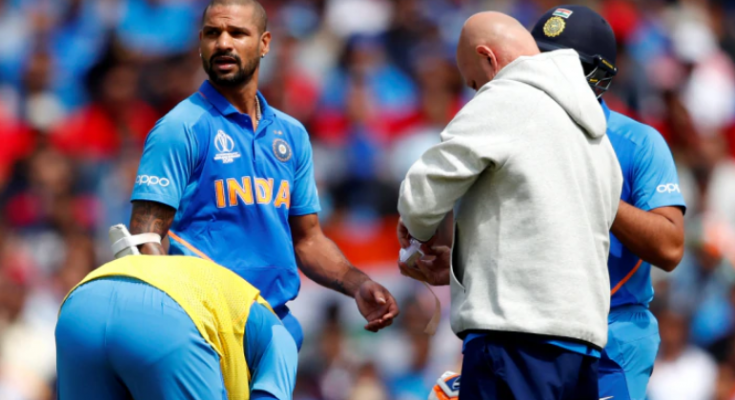 Shikhar Dhawan who fractured his thumb while scoring a ton against Australia is now ruled out of the World Cup 2019 and Rishabh Pant is named as the replacement for the opener.

“Shikhar Dhawan has been diagnosed with a fracture of the first metacarpal on his left hand following a ball impact injury during the team’s first match versus Australia at the Oval on 5th June 2019. Following several specialist opinions, he will remain in a cast until the middle of July and therefore will not be available for the remainder of World Cup 2019.” the BCCI said in a statement.

This is a big blow considering the fact that Shikhar Dhawan has been a great asset for India especially in the ICC tournaments.

Rishabh Pant whose exclusion from the World Cup squad baffled many of the legends will now make his debut in the World Cup. The wicket-keeper has already reached England and was seen training with the team. However, it will be interesting to see if he gets an opportunity ahead of KL Rahul and Vijay Shankar.

KL Rahul opened the innings alongside Rohit Sharma for India against Pakistan and the duo added 100+ partnership that set the tone for India and also, Vijay Shankar despite playing a run a ball 15, managed to grab two wickets the other night and picked up his maiden wicket in the World Cup in his first ball.

India will play their next match against Afghanistan on Saturday.