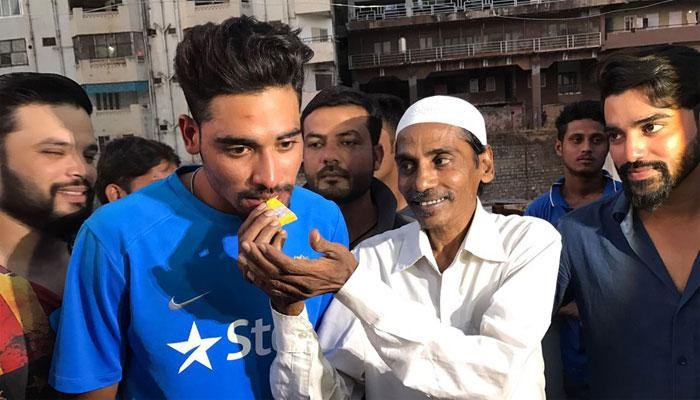 Indian pacer Mohammad Siraj made his debut in Tests for India during the Boxing Day Test in Australia.

Siraj bowled well to end up with two wickets on Day 1 and had helped India to reduce the hosts Australia to just 195 runs.

Talking about his debut, “It was my (late) father’s dream that Siraj should represent India in Tests … he always wanted to see him (Siraj) in blue and white jersey to represent the nation, so our dream got fulfilled today,” Ismail told PTI from Hyderabad.

“Since the team was announced, we knew that he was going to make debut. We did not sleep the entire night, we switched on TV from 4am,” said Ismail.

“We were waiting eagerly when he will bowl … intezaar badhte jaa raha tha (our wait was getting longer) … but after lunch break he started the first over and (the wait) ended,” Ismail said.

“It was a proud moment for us,” he concluded.

My real goal is to win 2023 World Cup for the team: Sreesanth