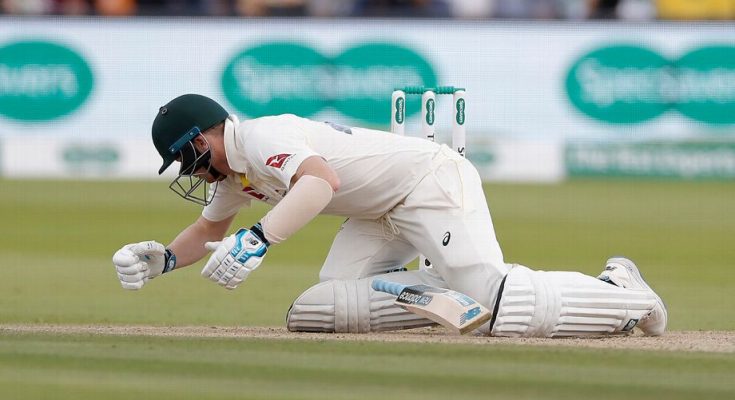 Steve Smith who suffered a blow on his neck from Jofra Archer’s bouncer will miss the next Test at Headingly on Thursday.

According to a daily, Smith arrived at training today but did not join the group. He stood at centre wicket with coach Justin Langer as the squad prepared for the match at Headingley.

During the second Test, Smith was hit by a fiery bouncer from Archer while batting at 80. As he went down, the medical aid rushed in.

After hours, Smith was ruled fit to continue and he came out to add a few runs but the following day, Smith suffered from the ‘delayed concussion’ and was ruled out for the day.

Marnus Labuschagne became the first-ever substitute cricketer and top-scored with 59 runs. However, the second Test ended in a draw. Labuschagne probably will make it to the playing XI for the third Test.