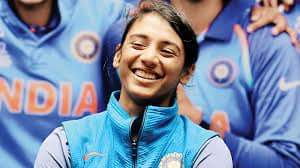 Smriti Mandhana is having a great run ever since the start of 2018, scoring two centuries and eight fifties in the last 15 games. The opener played the major role in India’s first bilateral series win against New Zealand in New Zealand.

She sits above the Australian pair of Ellyse Perry and Meg Lanning. New Zealand captain Amy Satterthwaite, who scored back-to-back fifties in the series against India, jumped four spots to take the fourth spot.

The captain Mithali has slipped a spot to take the fifth place. She scored 72 runs in the series which included a fifty in the second ODI.

This is why Australian players are not participating in the Women T20 challenge!

SA vs ENG: ODI series postponed due to COVID19 positive in SA squad